LGBTQ+ is an umbrella term to include all the non-binary people or the ones who do not want to identify themselves with either of the two sexes. Historically, such people have been looked down on as the ‘misfits’ who contaminate the social fabric. However, with the spread of modern ideas and scientific temperament, people have come to realize that they are equally a part of our society. Hence, the quest for equality and inclusion began. Recently there has been an upsurge in the demand for acceptance and recognition of equal rights for them. Many countries have legally identified them as the ‘third sex’ and provided them with a set of rights. Despite guaranteed legal protections, the levels of social acceptance have been dwindling.

One of such places where one can find a true reflection of levels of social acceptance in the workplace. The members of the LGBTQ+ community face a lot of hardships at their workplaces like bullying, discrimination, isolation, etc. However, employers can help in eliminating these complexities by adopting the right set of inclusive policies for the workplace. Thus, what we need is a carefully planned strategy to deal with these complexities. The present study seeks to examine the position of the LGBTQ+ community and the social, moral, or structural obstacles they are facing presently.

The Hurdles that the LGBTQ+ Community faces

At work, ideally what should matter is one’s capability and skill. However, practically we are far from this scenario. People are judged for their preferences, lifestyle choices, gender, etc. besides their adeptness at work. Often such considerations eclipse one’s capacities in the eyes of the people we work for or around. The LGBTQ+ members are particularly vulnerable to this phenomenon. Every day at the workplace they are forced to put up with a variety of such backlashes. Of these, the most notable ones are:

Discrimination – One of the most persistent evils prevailing against the non-binary people, despite the existence of legal protections, is discrimination. They are denied their due recognition for their work just because of their lifestyle choice. Leadership roles are often denied to them. Their sexual orientation even plays a role in determining promotions and salary raises. They are known more for their gender than their work. It is not uncommon to exclude transgender persons from important projects good for their careers.

Many times, employers do not even hire members of the LGBTQ+ community. It is also observed that there is a pay gap between binary and non-binary people for the same work. Also, the company policies are heavily biased toward the binary people. Only about half of Fortune 500 companies provide benefits for domestic partners, and fewer than two-thirds offer trans-inclusive healthcare coverage. The same level of discrimination is seen in granting parental leaves. The same attitude of discrimination is displayed by co-workers, business partners, and clients.

Bullying and Harassment – Seemingly innocuous jokes about transgender people are not so innocent always and can make someone very uncomfortable. Passing loose comments and remarks on non-binary people is not uncommon at most workplaces. Most people are not ready to come out fearing bullying and harassment from their co-workers and employers. One in five LGBT+ employees has been the target of negative comments or conduct from colleagues, including being the target of derogatory remarks, bullying, and being outed without consent. Unfortunately, this is not limited to verbal attacks as they are many a time subjected to physical harassment as well. This takes a toll on their mental health which eventually reduces their work efficiency.

Onlyness and Isolation – LGBTQ members have a tough life from the beginning. Their access to educational opportunities remains scarce. As a result, very few of them can avail higher education and land good jobs in the formal sector. Adding to this, many employers are wary of hiring non-binary people. Eventually, the proportion of such people at workplaces remains abysmally low. This leads to a feeling of ‘loneliness’ that makes one uncomfortable and meddles with efficiency at the workplace. It makes one feel like the ‘only one’ on the team or project to be of non-binary alignment. This also mounts up the pressure to perform well as such a person automatically becomes ‘visible’. Hence, all of this can make a person feel really isolated from the mainstream. Isolation and loneliness also attract greater chances of harassment and indecent jokes. It can aggravate anxiety and make one prey to other disadvantages.

All of these factors when juxtaposed together can seriously jeopardize their career development. These hurdles can cause tremendous amounts of stress which can meddle with their cognitive capacities. This way they can never be able to perform to their full capacity.

The Pe(Queer)liar Case of India

Talking about India particularly, there has been a sea change in people’s perceptions towards the LGBTQ+ community after a slew of progressive judgments that recognized and protected their rights. Post these judgments, many of the top companies have taken some concrete steps to accommodate diversity in workplaces. Efforts have been made to make workplaces and organizational policies amiable toward the LGBTQ+ community. The companies are realizing the disadvantages of excluding a particular part of society. As Ashok Pamidi, Chief Executive Officer of Nasscom Foundation has put it, “The employers now understand there is an economic loss if you exclude a particular part of the society.” The India unit of Citigroup Inc. has in fact expanded its medical insurance and relocation benefits to same-sex partners as well.

Similarly, some other companies are also providing gender-neutral washrooms, maternity, paternity, in-vitro fertilization, surrogacy, and adoption benefits. Also, Community Business, which is a non-profit Corporate Social Responsibility Consultancy, created a guidebook titled ‘Creating Inclusive Workplaces for LGBT Employees in India’. It contains some practical recommendations for employers to take steps in order to make their workplaces safer and more inclusive for such people.

However, the situation is not as good as it seems by the efforts being undertaken. A survey conducted by Mingle, titled LGBT Workplace Diversity and Inclusion Survey in 2012 revealed that out of 455 LGBT professionals covered from 17 top companies, one-third divulged having been subjected to workplace harassment and 80% revealed having heard homophobic comments in their offices. LGBTQ+ persons still have to face discrimination, harassment, persecution, and bullying. It is not easy to come out with all the people around judging them and their capability based on their sexual orientation only. Many of the legislations regulating workplaces like the Sexual Harassment of Women at Workplace (Prevention, Prohibition and Redressal) Act, 2013 and Equal Remuneration Act, 1976 do not take into account the interests of the LGBTQ+ community.

All these factors force them to take up a job in the informal sector where they remain even more unprotected and vulnerable. Some of them have to resort to sex work and begging. The social stigma attached to them is the biggest friction on their path to success. Experience shows that the 2019 Transgender Act remains toothless.

The Way Ahead for the LGBTQ+ Community

A country is defined by the strength of its human resources. When we stigmatize and isolate the LGBTQ+ community, we cut off an important limb of our society that can prove to be fatal for collective progress. Going beyond the utility perspective, they deserve equal respect and opportunities as any other human would as per the humanitarian principles. In order to do so, we need to make some concerted efforts in this direction.

Structural Support – Small things like allowing people to choose their pronouns and gender freely in the official documents, gender-neutral washrooms or allowing them to use whichever gender they are comfortable with, expanding health benefits to same-sex partners as well, sensitizing everyone around on the issue, and organizing workshops for the same can make a big difference. Companies should be conscious of the diversity on the team and in the decision-making posts.

Zero tolerance of discriminatory behavior and bullying – Employers should outline in their policies zero tolerance of any form of discrimination or bullying. Matters of harassment must be taken seriously. A proper complaints mechanism must exist. They should strive to create an inclusive and supportive environment for work. Violative behavior must be clearly defined and the victims should be made to feel safer in reporting such incidents and seeking redressal.

Incorporate diversity – Employers should be careful in employing workers so as to ensure adequate representation of erstwhile unrepresented and isolated people. This will help in eradicating the feeling of ‘onlyness’.

Spreading awareness – Companies should extend their support to the LGBTQ+ community publicly. Their policies should reflect their friendly attitude. Companies should sponsor some of the pride events. They should organize workshops to sensitize their employees.

Currently, we are in a transition phase. Awareness is slowly percolating down into society. People have started accepting the LGBTQ+ community as an essential part of society. Many non-binary people have started coming out openly, even though it is no easy task. They have started asserting their rights and voicing their grievances vehemently. Yet the workplaces remain a nightmare for a majority of them. They are persecuted and harassed. They are made to feel isolated and abnormal. Nevertheless, we are witnessing a revolution slowly brewing up. Companies have recognized them as an asset that needs to be included.

Hence, many of them have brought some serious policy changes. Formal workplaces are much better off than informal ones. To reach perfect equality is a dream that still remains far. However, steps are being taken and work is being done to achieve it. It is not easy to shape an open positive discourse about LGBT rights in a country like India where people do not prefer to talk about sexual awareness. To address the concerns of LGBT people it is extremely important to implement comprehensive sexual awareness programs to educate the youth about sexual harassment, LGBT rights, menstruation, and other sorts of things.

The monumental task of preserving the Monuments in India - Problems, Policies and bridging the gap between the two 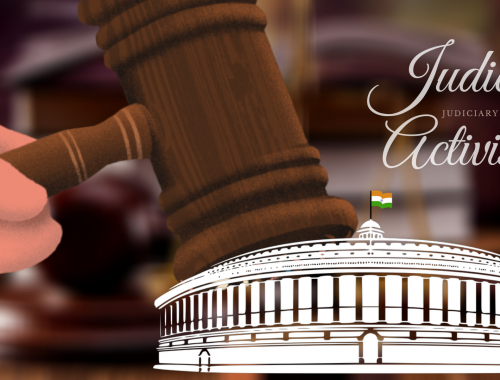 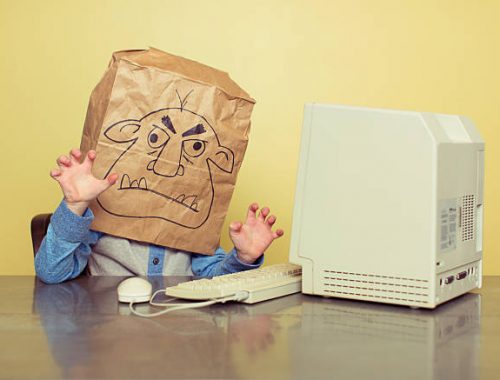 Social Media Trials – Your Honors behind the Screen. 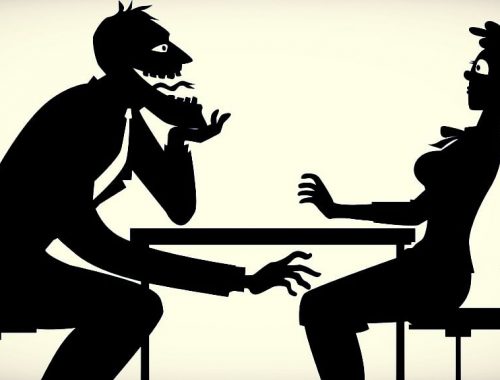 Sex Offender Registry – A Wrong Step in the Right Direction