The Indian people have always found themselves allowed to comment, criticize and express freely (within limits of course) their opinions and beliefs. This freedom to express and speak as one desires is what many argue has given India the ability to unite a diverse and ethnically varied population while maintaining cultures and practices unique to each region. In contrast to the well-accepted ideas of liberal speech and expression, most governments consider freedom of speech and expression to be more bothersome than useful. Governments tend to be in a position of power and seek to maintain said power as long as possible. Restrictions to the right of free speech and expression are commonplace when the state undergoes a violent transition of power, an external threat, or simply if the government seeks to stay in office longer despite their sometimes obvious misdeeds.

Why not Free Speech and Expression?

Democratic societies rely on the opinion and decisions of the general public to function, elect representatives and enact laws. In this system, the spread of information to every individual capable of casting a vote will make a difference in the party/person governing the country. To facilitate this transfer of information, free speech and expression are necessary for ‘holding the powerful accountable.’ In extension to free speech and expression, contemporary democracies rely heavily on news outlets, influencers, people with a significant public presence, and experts from various fields to communicate and educate the general public about upcoming problems, current political gridlock, and issues that may be of interest. This information can take on many forms, criticism, films and movies, works of art, songs, and so on.

Without the freedom to speak and express, not only would these forms of communication suffer but the people too would find their options to express their opinions limiting and inhibitive. “Free speech does not mean giving bigots a free pass. It includes the right and moral imperative to challenge, oppose and protest bigoted views. Bad ideas are most effectively defeated by good ideas – backed up by ethics, reason – rather than by bans and censorship.“

Why Free Speech and Expression?

Most governments globally encourage discourse and debates unless perceived as a threat to national security or seditious. This is important as free speech and expression as already established above is foundational to the concept of democracy as a whole. Where the governments of the world counter the free speech and expression narrative is when the topics being discussed fall under categories the governments are directly involved in. If there is a conversation of the oppression of religious minorities, gender politics, issues with recent legislation, problematic scandals of high-ranking government officials the discourse is open to scrutiny and censorship by state authorities.

Thus far, the Indian authorities have censored multiple movies in the hopes of preserving the ‘culture’ and ‘values’ of Indian society. Governments have in the past placed restrictions on the media prohibiting them from revealing information that would affect the government’s standings in the polls and most recently, the misreporting of Coronavirus cases are all acts of the State exercising its power to curtail free speech and expression. Governments often place heavy emphasis on the restriction of the fundamental rights to free speech out of concern but these restrictions have been used in the past as legal barricades to any form of power abuse by the government.

Why should Speech and Expression be kept free?

This aspect of the right to free speech is often unappreciated and unnoticed. If a person has the right to voice a dissenting opinion, they also have the right to listen to someone that is voicing an opinion, dissenting or not. “…institutions must be a place for the exchange and criticism of all ideas – even of the best ideas – as well as those deemed unpalatable by some.” Democratic societies rely heavily on the relationship between individual units and the community to gauge the expectations and requirements of the community in general.

If there is a resonance within members of a community that a particular act enacted by an authoritative body is destructive, it is fairly common for the community to raise the issue frequently through its members or demonstrations. Without the freedom of speech and expression, this issue would not have spread amongst the community or the community would not have been able to represent its expectations from the ruling authority.

Why is Censorship needed?

Much like people should be free to speak and express opinions against State policies or work practices, people also have a right to their privacy, their dignity and to not be exposed to certain opinions and beliefs. The State too has this right as the governing body of the people under a geographical boundary. Article 19 of the Indian constitution although wide in scope does allow for the reasonable restrictions of the right to freedom of speech and expression. While it is quite likely this was not intended to benefit the state, the restrictions imposed on the right to free speech and expression exist nonetheless.

Within these restrictions, the State is allowed in a limited capacity to censor and monitor the content that it considers to be against the best interests of the nation, offensive or insensitive towards a particular group of people, compromising the security of the state or opposed to morals and public decency. “In this sense, therefore, it is imperative that India, grappling with the problems and alternatives posed by increasing modernization, chart a proper course between the Scylla of heavy-handed censorship and the Charybdis of the unlimited license of expression.”While the list is extensive and far more detailed, the state has the authority to decide for the people what is considered offensive and opposed to public morals based on their representation through the same right to free speech and expression which elevates the democratic process.

The most recent example of the State acting in this capacity was when the viral video of Indian comedian Vir Das was scrutinized and the comedian was placed under investigation by the Mumbai Police. Whether his remarks were merely made in jest and were a responsible exercise of his rights of free speech and expression or a statement meant to highlight the condition of India as he viewed it is debatable, but, the State in the spirit of censorship and upholding the image of India to the public exercised what is considered a reasonable restriction to the right of free speech and expression.

Censorship is always a double-edged sword. What the government considered opposed to public morals or offensive need not be either but the provision to restrict the uncontrolled freedom of speech and expression was taken in the interest of the people at large and if used effectively and responsibly is a valuable tool that serves to strengthen the right to free speech and expression, making it more important and effective at communicating with the masses.

Why restrict Free Speech and Expression?

Democracy is not the will of the majority being imposed on the minority but an opportunity for the majority to observe and assist the minorities so that there can be equitable growth and development. In this regard, the freedom of speech and expression is can be both, a conduit for development and growth or an instrument to wreak havoc and chaos. If not curtailed, freedom of speech and expression has the capacity to corrupt and brainwash. If there were no censor boards or regulatory instruments, people would be allowed to communicate freely and this could lead to mass hysteria, superstitions, or indiscriminate oppression of minorities.

With a reasonable restriction of the freedom of speech and expression, it is possible for governments to not only take notice of the various demands and requests of the people but also keep a check on religious and political extremes which can turn violent if left unchecked. It is the responsibility of the State to not misuse its ability to censor and it is the responsibility of the individual with the right to free speech to be respectful of other individuals, their rights, and liberties. Free speech and state censorship go hand in hand as if there is too much of one and too little of the other, there will be issues that threaten the fabric of democracy.

Freedom of Speech and Expression is almost universally considered to be the cornerstone of a democratic society. It is seen as a tool in the hands of the public to make their rulers aware of their expectations and demands and a way for them to communicate without fear with each other encouraging the exchange of ideas, cultures, traditions, and opinions. At the same time, the State too is allowed to place restrictions on these set of rights to better control the country and ensure that there is no malpractice in the exercise of the right to free speech and expression.

To aid their efforts in integrating society and promoting a healthy exchange of ideas, the government often resorts to censorship and restrictions such as not releasing information to the media as a means. These practices while helpful in strengthening democracy and free speech if used responsible are also capable of great wrong if used incorrectly or with mala-fide intentions. Freedom of Speech and expression and their restrictions are both instrumental to a democratic society and form the basis for a democratic structure that can evolve and allow for all under it to benefit and prosper.

Identity in a low-caste Indian Muslim Community - A Critical Study

India needs a stringent law for Wrongful Imprisonment - A Study 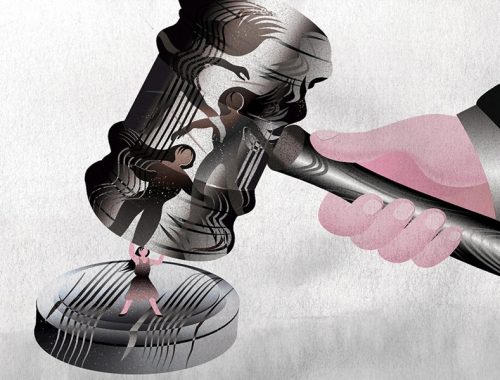 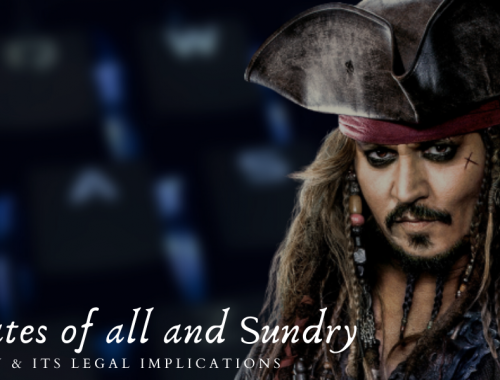 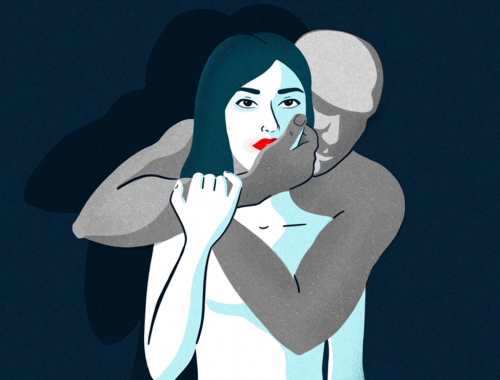