Even for recording and distribution of pornography, it requires two consenting grown-ups to indulge in the act by their own free will; however, revenge pornography isn’t consensual. It, by and large, occurs among accomplices who, while their relationship was great, shared their private pictures and recordings which later on, upon their relationship falling apart, were shared to the world as a method of extortion or simply to harass the other. So, when the initially sweet relationship turns antagonistic later, either of the partners utilizes that shared media to harass the other or extort money by blackmailing to release the pictures or recordings out into broad daylight, or to their family, friends, relatives, or current partners.

Presently in this computerized age, considering our general public, it has turned into a simple and anonymized technique especially for men to soothe their delicate ego and demonstrate ‘manliness’ by rebuffing women. To that degree, many assaults and rape recordings are being traded. The social development of our male-centric culture has driven its men to rebuff individuals for seeing someone else or for being in physical relations with a new partner, or for leaving them, or in any event, for denying sex while in a relationship. However, this instrument for retribution is sexually impartial; it is women who are mostly targeted.

The increasing menace of Non-Consensual Pornography in India

Women in India never-ending experience the ill effects of being exposed to sexual wrongdoings, viciousness, and predatory tactics in their day-to-day routines. Digitization in India has acquired an expansion; innovative power and admittance to innovation inside the nation prompting a resulting expansion in the occurrences of provocation and crimes in the virtual world. Such wrongdoings, named as cyber-crimes, have developed as a significant situation that the law implementation organizations in the nation and all over the planet are battling to address, and the absence of laws to satisfactorily address such a situation make the protection of victims of non-consensual pornography considerably harder.

In a survey by Cyber and Law Foundation, an NGO in India, it was viewed that out of the internet users between the ages of 13 to 45 in India, a total of 27% of them have been exposed to occurrences of revenge pornography. The issue with revenge pornography is that whenever it is posted on the web, it very well may be gotten to in India as well as in different regions of the world. Furthermore, regardless of whether the material is eliminated from one webpage, its spread can’t be held back as any person who has downloaded the pornographic material can republish it somewhere else, subsequently propagating the presence of it on the web.

This perspective has also been appropriately recognized by the Indian court in the judgment of State of West Bengal v Animesh Boxi (2018), by establishing that one occurrence of virtual assault perseveres all through the victim’s life. This was a landmark judgment as the Calcutta High Court condemned a man to five years rigorous imprisonment alongside a fine of Rs. 9,000, for transferring private and obscene photos of a young lady, with whom he was in a relationship and had promised marriage, on the web without her consent. On the deterioration of their relationship, the accused uploaded the photos and recordings of the sexual exchanges between them with both her and her dad’s names.

The accused was sentenced under Sections 354, 354A, 354C, and 509 of the Indian Penal Code, 1860 alongside Sections 66E, 66C, 67, and 67A of the Information Technology Act, 2000. What was fascinating with regards to the judgment was that alongside the previously mentioned fine and detainment, the courts even guided the state government to regard the victim as an assault survivor and to give her suitable compensation. One more issue that is looked at by law implementation is that such wrongdoings generally go unreported because of social fears of being disgraced.

The Public Prosecutor in the aforementioned case, Adv. Bivas Chatterjee also commented that 98 percent of cyber-crime victims do not even lodge a complaint as the victims, who are usually women, fear they will get identified and labeled in society. Subsequently, alongside the legitimate and calculated issues, arraignment for the wrongdoing is additionally impacted by the absence of announcing of such occurrences.

Similarly, Sections 66E, 67, 67A, and 72 of the IT Act make it illegal to engage in revenge pornography. The following are the key provisions and what they address:

Other laws, such as Sections 4 and 6 of the Indecent Representation of Women (Prohibition) Act, 1986, which prohibits the publication of images (among other things) that feature indecent representations of women, also apply in such instances. Section 4 prohibits the publication and distribution of books, leaflets, conveyance, pamphlets, newspapers, films, drawings, paintings, photos, etc. containing obscene portrayal of women. Section 6 specifies punishment on breaching Section 4, where the wrongdoer is to be rebuffed with rigorous imprisonment, and with a fine. Depending on the facts and circumstances of the case, relevant sections of other statutes may also be used.

Liability of the Intermediary in the cases of Non-consensual Pornography

Furthermore, Section 79 of the IT Act acts as a safe harbor for such intermediaries, allowing them to avoid liability for any third-party information, material, or data that they store or make accessible, whether anonymously or otherwise. But this safe harbor condition is applicable if the intermediary promptly takes down the controversial or obscene content on directives of the government. Additionally, Section 3 of the Information Technology (Intermediary Guideline) Rules, 2011, requires all mediators to practice alert while they have any material on their site and direct their ‘due diligence to ensure that such material doesn’t encroach upon others’ rights.

In My Space Inc. v. Super Cassettes Industries Ltd. (2011), the court decided that Section 79 and 81 of the IT Act must be agreeably built. Thus, when the mediator gets genuine information through mail or recorded as a hard copy from the impacted individual (victim of revenge pornography, in this situation), they need to follow up on it inside a day and a half by debilitating the admittance to such data or content. Such a grievance is otherwise called a takedown notice. This implies that when a survivor of non-consensual or revenge pornography sends a ‘takedown notice’ to the intermediary, they should consent to it to escape liability. But, a contributor to the issue is that at present, there are no laws that give an outright right to the casualties of non-consensual pornography to bring down the encroaching material.

While the arrangement of the law is needed to put a stop to sending of obscene pictures, a similar arrangement should be brought about to ensure that the receiving party is also consenting to it. Another conceivable arrangement is for new laws to be made that satisfactorily address issues of the modern, technologically advanced era, which are arising in the virtual world and are not gendered, targeting both men and women. Without such changes being carried out, the logical inconsistencies in the general set of laws would propagate, not creating deterrence in the minds of the perpetrators and keeping victims from obtaining justice.

Identity in a low-caste Indian Muslim Community - A Critical Study 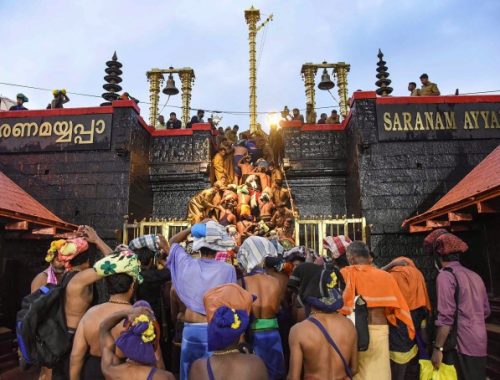 Sabarimala Verdict – Justice Served or an attack on our beliefs? 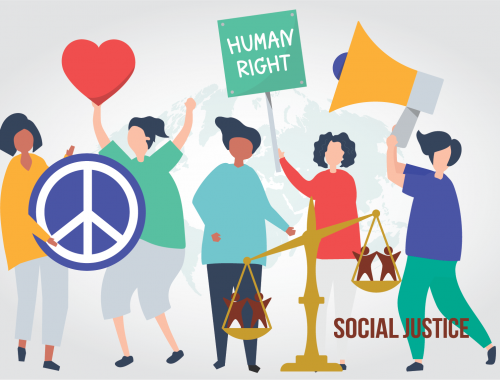