Only when the last of the animal’s horns, tusks, skin, and bones have been sold will mankind realize that money can never buy back our wildlife.

India is a vast country with having rich flora and fauna.  Flora and fauna play a significant role in managing the environmental balance. A considerable amount of livelihood and ways to survive come from the wildlife and natural environment. Wildlife is a comprehensive term that means various species of plants and animals that live in their natural habitat. India has a vibrant heritage and culture where various animals and plants are considered sacred and worshipped. But in today’s time, India’s wildlife is in danger where forests and animals are disappearing due to several factors, and they need to be saved.

Wildlife is very important to maintain the ecological balance of the environment, but due to some external and internal factors, we are rapidly losing our wildlife that needs conservation. The present study seeks to examine wildlife conservation in India, which covers the enviro-legal and societal aspects. It deals with the importance of wildlife conservation, threats to wildlife, conservation projects, and the various initiatives taken by the judiciary and the government to protect it.

The flora and fauna are the valuable and precious gifts of God to humanity. The comprehensive term ‘wildlife’ is not confined to wild animals, but it also includes all undomesticated species living on this planet which are birds, insects, and microscopic organisms, etc. All these species are as important as the humans living on this planet. Each one of them is essential to maintain the ecological balance on this earth. Fauna plays a crucial role in managing the environmental balance on this earth. It is very much essential as it provides us with several ways to survive on this planet.

Wildlife conservation helps in enhancing water, air, and the consumption of food. It also ensures that there are sufficient resources available for agricultural activities. Some of the animal species have reached the extinction mark during the last five decades, and the shocking but undeniable fact is that around 10,000 species go extinct every year. Today’s effort in this direction to protect the fauna can reap fruits that will benefit the coming generations, and this is why the conservation of wildlife is necessary for multiple reasons. One of the most important aspects of wildlife conservation is that it promotes medicinal value. The animals are as important as forests in the production of medicine. If we talk about the external benefits of rich fauna, it helps in boosting tourism, which is a beneficial factor for the GDP of a country.

Wildlife conservation is essential to maintain the ecological balance,  but several factors pose a serious threat to wildlife and the environment. Some of the major threat includes deforestation, overexploitation of natural resources, illegal use of animal skin and organs, poaching, hunting, or killing of animals for commercial purposes. The various kinds of human activities which destroy the natural habitat for commercial and industrial purposes are one of the biggest threats to wildlife. The illegal use of animal skin or illegal wildlife for commercial purposes is increasing day by day and has become the fourth largest criminal industry in the world.

The destruction of forests, rivers, and lakes for industrial purposes has been increased over the years, which led to environmental degradation and a serious threat to wildlife. The government and judiciary made several interventions in this direction to protect the environment and wildlife by implementing various legislations, but due to lack of awareness and other factors, it is still the greatest threat to the wildlife. In a highly populated country like India, people exploit natural resources like water, forests and kill animals to earn their livelihood and other sources of living.

Steps taken by the Indian Government to Protect the Wildlife

The project tiger was implemented in 1973 by the central government to maintain the population of tigers and to protect the areas of biological importance. The tiger reserves are also registered under this Act to protect and preserve the tigers.

The project elephant was implemented by the central government in the year of 1992 to make sure the long-term life of the elephants in their natural habitats and to consider the issues of man-animal conflict. The elephant corridors are also made up under this project to provide an ecological way for elephants. Now there are 88 identified elephant corridors available in India.

The National Tiger Conservation Authority is a statutory body that was implemented to aid the implementation of steps for the conservation of tigers.

The program of Indian Rhino Vision was launched by the Department of Forest of Assam, The Bodo Autonomous Council. The main purpose of implementing this program was to protect the Rhinos from Anti-poaching, monitoring, etc.

The Sea turtle project was implemented by the Ministry of environment and forest in collaboration with the UNDP in 1999 to conserve the turtle and other marine turtles.

Judiciary’s Role in Protecting the Wildlife

The Supreme Court of India has taken various measures to protect fauna bypassing several judgments in this direction.

In the case of Tarun Bharat Singh Alwar v. Union of India 1992, public interest litigation was filed by a social action group under Article 32 of the Indian Constitution in which the petitioners alleged that some mining operations are conducted in the area which acts as a hindrance to wildlife and the environment and also stated that the licenses and approval of mining operations were given by the state government to allow the degradation of the environment. The Supreme Court, in its decision, was directed to appoint a committee to make sure the enforcement of notifications given by state and also to make sure the protection of environment and fauna in the protected area under Section 3 of Environment Protection Act, 1986.

In the case of Chief Forest Conservator v. Nisar Khan 2003, the appellant was a dealer of some bird species which were not found easily in the State of Uttar Pradesh. He had the license to carry this business which was valid up to 1990 when he tried to renew his license, the licensing authority denied to renew his license because it would not be feasible for him to carry on the business of breeding captive birds which also includes the trapping of birds. Later, the respondent filed a writ petition before the Supreme Court that this is a violation of his fundamental right of freedom to carry on trade and business under Article 19. The Supreme Court stated that the licensing authority rightly denied renewing the license as the work of breeding captive birds is not allowed in section 9 of the Wildlife Protection Act, 1972.

In the case of Naveen Raheja v. Union of India 2001, the Supreme Court stated that the duty of the zoo authorities is to protect the tiger and not to treat them inhumanly. If any kind of cruelty is committed with the animals, then it will result in punishment under the Prevention of Cruelty to Animals Act, 1960.

Legislations and Constitutional Provisions for Protecting Wildlife in India

The British government also implemented several Acts that made hunting and poaching of animals a punishable offense, like the Elephant Preservation Act, 1879, which was implemented to protect and preserve the elephants. In 1887, the British government implemented The Wildlife Birds Protection Act to prohibit the purchase of any kind of wild bird. But this Act was later repealed due to some inconsistencies and replaced with The Wild Birds and Animals Protection Act, 1912.

During the pre-independence period, the Indian Parliament took several measures to protect wildlife. After the independence period, there were no laws to protect and improve the wildlife, and there was an urgent need to enact a law in this direction to stop the hunting and killing of poor voiceless animals. The Indian Parliament implemented the Protection of Cruelty to Animals Act, 1960, and Wildlife Protection Act, 1972, to protect and preserve the wildlife.

The implementation of the Wildlife Protection Act, 1972 was one of the most significant legislation in protecting wildlife. The Act was amended several times to make sure its effective implementation. Article 48-A and Article 51-A of the Indian Constitution also deal with the protection of the environment and wildlife. It is the duty of the state and every citizen of India to protect and improve the environment, which includes the forests, rivers, wildlife, and lakes, etc.

The Indian Constitution has provided us with Fundamental Rights as well as Fundamental duties. It is the collective duty of not only the government and judiciary but of the citizens as well to protect and preserve our wildlife. Wildlife conservation is essential for maintaining the ecological balance and for the survival of human beings. To protect and improve wildlife, public awareness is necessary so that people will become more aware of its importance.

The government, through its various legislations and projects, has tried to protect wildlife. It has implemented various schemes and projects in many parts of the country to increase awareness among people about the importance of wildlife. The judiciary also passed several judgments in this direction and to spread awareness among people about the importance of environment and wildlife conservations. In present times the humans are exploiting natural resources, which resulted in the extinction of plants and animals, and it has become a threat to the wildlife and environment. Each and every species is important to maintain the ecological balance on this planet; if more efforts and effective measures are made in this direction, it would surely bring back the significant population of wildlife.

Editor’s Note
The author of this article talks about Wildlife conservation in India. It talks about the importance of wildlife conservation in India and the potential threats to it. The author also discusses the steps taken by the government in this regard with particular emphasis on the role of the judiciary, and after that, elaborates on the legislative and constitutional provisions related to wildlife welfare. Finally, the author concludes that if more efforts and effective measures are made, it would surely bring back the significant population of wildlife

Rasgulla vs. Rosogolla - A Bitter Battle of Sweet 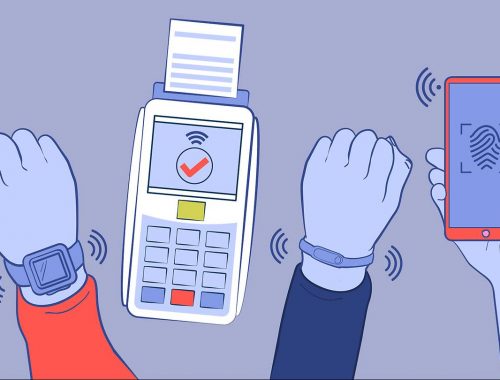 FinTech and TechFin – Bridging the Gap between Data-Driven Finance 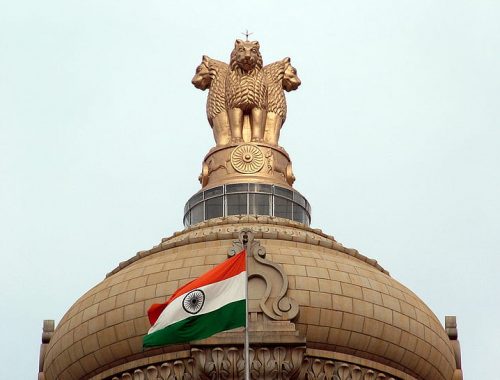 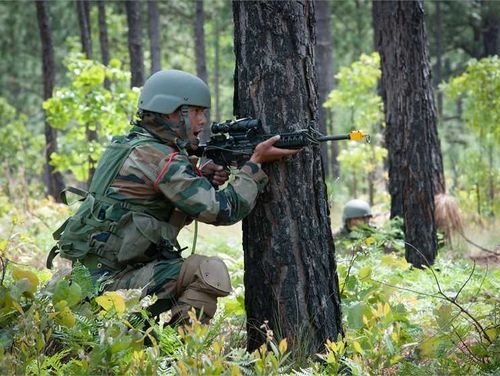 Modern Concept of War and Terrorism – A Threat to National Security.