The protection of all women’s and girls’ sexual and reproductive rights has been identified as a global concern. However, the hetero-patriarchal acts and structures that govern female sexuality and reproduction not only deprive women of these rights, but they can also usurp these rights with no knowledge of them. The practice of Nonconsensual Condom Removal is one such conduct.

The Nonconsensual Condom Removal or stealthing phenomenon is a relevant construct in the social and human sciences according to this conceptual article since it has a negative effect on female sexuality and gender-based sexual abuse. This article emphasizes stealthing as a distant area of gender-based sexual violence, as well as a practice that ingeniously impoverishes female sexuality and reproduction under the pretext of sexual autonomy and consent for sex through both a conceptual examination of the construct and web narratives of stealthing.

In R v Kirkpatrick, when a man engages in unsafe vaginal intercourse while his sexual partner insists on using a condom, the Appeal court for British Columbia concluded that consent to sexual activity could not be obtained. While this conclusion appears to be unambiguous, it contradicts the Supreme Court of Canada’s decision in R v Hutchinson. In this remark, we suggest that the Kirkpatrick method is valid and complete with the famous R v Ewanchuk ruling. We ask  Canada’s Supreme Court to rethink its Hutchinson majority opinion to fully acknowledge the crucial role that a condom serves in a woman’s decision to engage in sexual activity.

Nonconsensual removal of a condom during sexual relations subjects victims to physical dangers of conception and disease, which is seen as a major breach of dignity and autonomy by many, according to surveys. One of two ideas can be used to explain how the removal of condoms is done, sometimes known as “stealthing,” transforms consenting sex into nonconsensual sex. One theory risks overcriminalization by requiring total transparency about reproductive capability and sexually transmitted illnesses. This article examines the criminal, tort, contract, and civil rights remedies already accessible to victims, using the alternative, preferred premise of non-consent. Finally, a new tort for “stealth” is required to give victims a much more legitimate cause of action and to adequately reflect the injuries caused by the nonconsensual removal of a condom.

People interviews who have experienced removal, as well as accounts of online from victims, imply that nonconsensual condom removal is a common practice among young, sexually active people. Both men and women define having sex with male partners with penises who, during sex, excluded the condom without their knowledge. Others did not notice their spouse had withdrawn the condom until the partner ejaculated or, in one case, alerted them the next morning. Despite the fact that survivors’ tales and reactions to the event differ, two consistent motifs emerge from their accounts. The first is that survivors, predictably, are concerned about unintended pregnancies and sexually transmitted viruses. Besides these desired outcomes, survivors saw nonconsensual condom removal as a blatant breach of their personal liberty and the confidence they had put in their sexual partner by mistake.

All of the victims indicated concern about unintended pregnancies or sexually transmitted infections. In the aftermath of one victim’s attack, one victim sought an online HIV support group as she was afraid, she had contracted the virus from her assailant. Several survivors detailed their search for a Plan B and STI testing visits.

Besides the dread of particular negative consequences like pregnancy and STIs, all of the survivors saw the removal of the condom as a disempowering and humiliating sexual contract violation.

The stories of the assailants highlight the links between so-called “stealthing” and other sexual types and gender-based violence, such as rape. Not only do online forums contain tales from victims, but they also offer support from perpetrators. Promoters offer tips on how to properly deceive a partner and remove a condom during sex, as well as explicit details.

The case of R v Cuerrier contemplated unsafe intercourse with a companion who knew he was positive for HIV but did not tell anyone. The Canadian Supreme Court ruled that consent (voluntary agreement) to sex is tainted by fraud when consent has been obtained by deception, the consequent sexual interaction poses an important risk of great physical injury (risk of transmission of HIV), and a partner would not even have given consent to the sexual interaction if they hadn’t been tricked. This shows the approach by risk to consent that Brodsky was hesitant to suggest is, an emphasis on the possibility of bad consequences instead of the literal elements of consent. The Canadian Supreme Court further stated that this case wouldn’t be regarded as criminal in Canada if there had merely been fraud and no considerable risk of serious bodily damage.

This approach was then ruled and gave the clarification in R v Mabior. In this case, the Canadian Supreme Court upheld the risk-based Cuerrier framework to consent. The Canadian Supreme Court stated that “not every deception that leads to sexual intercourse should be criminalized”. Moreover, the Canadian Supreme Court stated that a considerable risk of dangerous harm to a body does not include HIV-positive status non-disclosure if viral load is low and condoms are utilized; these circumstances would rule out the reasonable probability of HIV transmission. The Canadian Attorney General has issued a similar directive to prosecutors, stating that “pursuing HIV non-disclosure convictions for conduct that medical research reveals do not pose a threat of substantial harm to the others isn’t in the interest of the public.”

The Canadian Supreme Court again considered sex consent in R v Hutchinson. In this case, the man deliberately broke condoms before having sex with his female companion. Despite her efforts on the usage of condoms to avoid pregnancy, the woman became pregnant. Under the Cuerrier method, the Canadian Supreme Court determined that the consent of a woman to sex was tainted by fraud since the male was deceitful in secretly destroying condoms and that the greater likelihood of pregnancy because of the represented danger of serious bodily damage.

According to these cases, NCCR may only be considered criminal in Canada if it results in a considerable risk of major bodily injury due to STI spread or pregnancy. If the NCCR just caused “financial deprivations or ordinary unhappiness or stress from being lied to,” criminal responsibility might not be established.

Lastly, in the Canadian civil law context, the PP v DD case is important. The Appellant court for Ontario looked into a case involving a male partner whose female companion claimed she was on the contraceptive pill and refused the usage of condoms. Nevertheless, she became pregnant after that and gave birth to his child. He filed civil claims against her, saying that he was harmed because he was denied the chance to choose how and when he wanted to create a family.

He alleged that his sex consent was tainted by his partner’s misrepresentation of her contraceptive use. The case was decided under civil law, which has fewer restrictions than criminal law when it comes to determining whether or not consent was void (R v Cuerrier, 1998). The male partner, on the other hand, didn’t experience the kind of suffering or breach of bodily or sexual autonomy needed for his consent to be void in this case, according to the Court. The Court also made a distinction between the impacts of pregnancy on males and women. Clearly, a pregnant mother has tremendous physical and psychological impacts that do not apply to the child’s father. (PP v DD, 2017)

Stealing was described by a large percentage of women and MSM who visited a sexual health clinic. While more research into the incidence of stealthing in the general population is required, physicians should be aware of the practice and consider including it in their sexual health consultations. Considering contextual factors, especially for female sex workers and MSM, might aid in the development of preventive initiatives.

One of the very first empirical analyses of the prevalence, results, and viewpoints of NCCR was conducted in this study. As a result, notwithstanding some limitations, our findings make a significant contribution to NCCR research and knowledge. We discovered that a significant number of our student participants who had intercourse with guys and utilized condoms were also subjected to NCCR.

Given the characteristics of our sample (for example, the lack of age variety), the lifetime prevalence in the general population is likely to be greater. The vast majority of participants believed that NCCR was wrong and that those who committed it should face repercussions. However, opinions on why repercussions should occur, what these repercussions should be, when they should occur, and how to move legally differed. Some participants seemed to choose a threat strategy to permission, while others seemed to choose a more literal approach. These differing viewpoints may reflect the relatively low visibility of NCCR in our cultural consciousness and the untested and unsettled legal situation in Canada along with much of the rest of the globe. As a consequence, our findings are critical for shaping public debate, education, and policy actions, as well as generating further study on the phenomena. We anticipate that our research will be followed by a slew of other non-consensual condom removal studies.

Editor’s Note
The author of this article talks about the sexual and reproductive rights of women and girls. It talks about the concept of stealthing which has a negative impact on female sexuality. The author analyzes the concept of stealthing through the legal perspective with the help of several case laws. Finally, the author concludes that stealthing must be considered in sexual health consultations and more research is required in this field.

Stitch in Time - Intellectual Property Protection in the Fashion Industry

Online Dispute Resolution (ODR) - Resolving Conflicts from behind the Screens 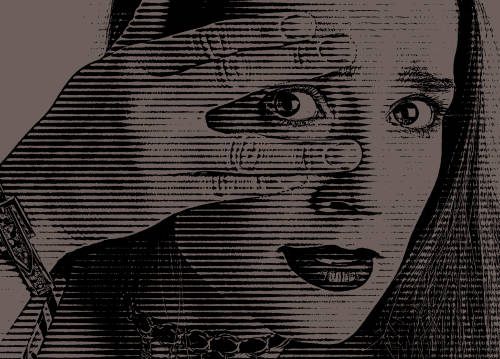 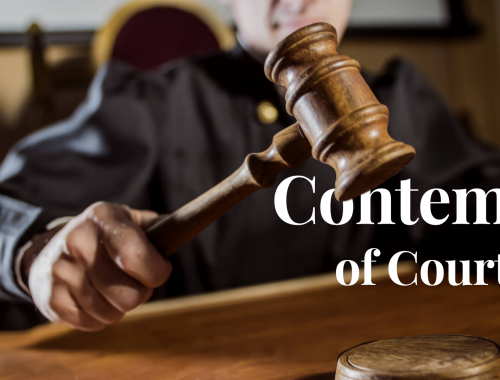