In 1986, the eleventh law commission recommended judicial reforms and the establishment of a forum in villages to administer justice at the litigants’ doorsteps. The Gram Nyayalayas Act of 2008 establishes a judicial system in villages. We are all familiar with the Gram Panchayat system as Indian citizens. This self-government institution has played a critical role in fostering economic growth and social justice in our country. This Act was drafted by the Indian Parliament in 2008 with the aim of creating Gram Nyayalaya or village courts to provide fast and affordable justice in rural areas of India. It became effective on October 2, 2009. Gram Nyayalayas are usually formed at the headquarter of any intermediate-level panchayat or a group of contiguous panchayats in a district where there are no intermediate-level panchayats.

The Gram Nyayalayas are presided over by a Nyay Adhikari, who would have the same authority as a Judicial Magistrate of First Class, as well as the same salary and benefits. The State Government, in consultation with the respective High Court, will nominate such Nyay Adhikari. A Gram Nyayalaya has jurisdiction over an area that is specified by a notification issued by the State Government in consultation with the High Court in question. After receiving widespread publicity, the Court will operate as a mobile court in any location within the Gram Nyayalaya’s jurisdiction. The Gram Nyayalayas have civil and criminal authority over the crimes and types of suits specified in the Act’s first and second schedules. The Nyayalayas’ monetary authority is defined by the respective High Courts. Regardless of the value of the property in question, the costs paid in civil cases cannot exceed Rs.100.

Both the Central and the State Government can add or remove items in the Schedule. Although the Central Government can amend the lists in Schedules I and II by notifying them and then laying them before Parliament, the State Government can amend the things in Part III of Schedules I and II in areas where the state has the authority to enact legislation after consulting with the appropriate High Court and notifying it. A notice of this kind must be filed with the State Legislature. In compliance with Chapter XXI of the Code of Criminal Procedure, offences are to be prosecuted in a summary manner. In compliance with Chapter XXIA of the Code of Criminal Procedure, the Act provides for plea bargaining. Gram Nyayalayas have the authority to follow special procedures in civil cases that they find fair and rational in the interests of justice.

Each Gram Nyayalaya is a first-class Judicial Magistrate’s court. The State Government, in consultation with the High Court, appoints the presiding officer (Nyayadhikari). Any intermediate-level Panchayat in a district, or a group of contiguous intermediate-level Panchayats in a district, must have a Gram Nyayalaya. The Gram Nyayalaya’s headquarters will be at the intermediate Panchayat’s headquarters; they will travel to villages, work there, and resolve cases there. Civil cases are handled on a day-to-day basis, with limited adjournments, and must be resolved within six months of the date of the suit’s institution.

Gram Nyayalayas have jurisdiction over a region determined by a notification issued by the State Government in consultation with the High Court in question. Nyayadhikari can hold mobile courts in villages and conduct proceedings. Gram Nyayalayas have authority over both civil and criminal offences. They have the authority to prosecute criminal offences listed in the Act’s First Schedule as well as civil cases listed in the Act’s Second Schedule. The Act’s First and Second Schedules have been given the power to amend by both the federal and state governments. The respective High Courts determine the Nyayalayas’ monetary authority. The Gram Nyayalayas will move qualifying cases from the District Court to the High Court. The Court will attempt to resolve conflicts by conciliation between the parties, and it will be able to do so with the help of the conciliators who will be named for this purpose.

Jurisdiction in respect to Criminal Cases

They also have authority over criminal harassment and insult charges (under section 504 and 506 of Indian Penal Code). They will try all offences that are not punishable by death, ii) not punishable by life imprisonment, or iii) not punishable by a sentence of more than two years in jail. They will also investigate any act of abetment or an attempt to commit any of the above-mentioned offences. According to the Code of Criminal Procedure, 1973, they must prosecute all offences and offer relief in cases involving employment, cattle trespass, civil rights enforcement, the bonded labour abolition Act, domestic abuse cases, and orders for the maintenance of wives, children, and parents.

Jurisdiction in respect to Civil Cases

To begin, submit an application to the Gram Nyayalaya with a fee of not more than one hundred rupees. Following the filing of a lawsuit, allegation, or dispute, summons are sent to the opposing party, requiring them to respond to the claim. The opposing party then prepares a written statement. The District Court will hear the appeal. The appeal must be favoured and decided within six months of the date of filing. There will be no more appeals or revisions. It goes without saying that the individual may seek judicial relief from the high court or the Supreme Court under Articles 32 and 226 of the Indian Constitution.

There have been issues with this Act’s enforcement. Let’s try to get a quick rundown of the problems and how we can solve them. The law went into effect on October 2, 2009, and according to estimates, only 208 village courts are operational in India’s nine states, compared to the 2,500 expected by the 12th five-year plan. Many states failed to issue notifications, and the Supreme Court was forced to order them to do so in February 2020, along with a fine of Rs. 1 lakh. The lack of funds to build an infrastructure is cited as the primary cause of this bleak situation.

In addition to a lack of funding and political will, the establishment of Gram Nyayalayas has been hampered by a lack of cooperation between high courts and state governments. In order to create permanent Gram Nyayalayas in India, infrastructure should be prioritised. Nyay Adhikaris should be trained while keeping in mind the social fabric of rural India. We still have a long way to go, but with the right approach, collaboration between the government and the high courts, and leveraging existing facilities such as enlisting the support of Legal Service Authorities’ lawyers, encouraging young lawyers to take pro-bono cases for poor people in villages, and raising awareness about Gram Nyayalayas, the road will become a little easier.

The Preamble to the Gram Nyayalayas Act envisions people having access to justice at their doorstep and ensures that no person is denied the opportunity to secure justice. Despite many problems and flaws in the current Village Courts system in India, they play an important role in ensuring access to justice for the poor and reaching out to the oppressed. Section 21 of the Act also provides for legal aid to parties with the assistance of the State Legal Services Authority to the accused who cannot afford to hire an attorney. The transfer of civil or criminal cases from the District Court or the Court of Session to the Gram Nyayalaya is addressed in Section 16 of the Act. The Gram Nyayalaya has also been urged to make attempts to resolve civil disputes by conciliation and settlement. The Nyay Adhikari can also hold mobile courts in the villages under his authority on a regular basis.

We must recognise that the fabric of a rural community is distinct from that of a city. A law that allows for a slightly different process that promotes access to justice is very suitable for the purpose of addressing cases that occur there. Some relaxations, such as those relating to proof admissibility, are essential for that society. As a result, it can be said that it is a well-drafted legislation of the Indian Parliament that leaves no space for uncertainty in terms of the powers or procedures of officials, staff, or institutions involved.

Editor’s Note
The author in this article talks about the Gram Nyayalaya system in India. It speaks of the establishment of Gram Nyayalayas followed by their jurisdiction in civil and criminal cases. The author also suggests ways to improve the current system and its functioning and concludes that it is a well drafted piece of legislation and leaves no space for uncertainty in terms of the power conferred to the officials and the respective institutions involved. 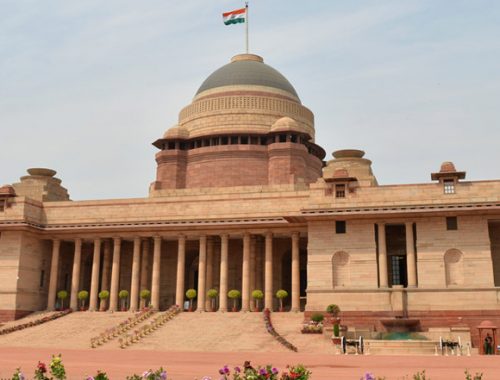 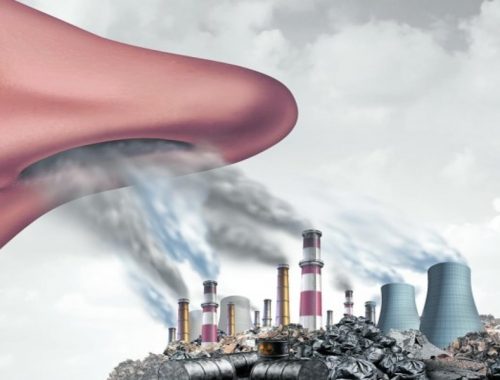