There’s really no such thing as the ‘voiceless’. There are only the deliberately silenced, or the preferably unheard.

In India, one of the most noticeable kinds of social injustice is seen in the realms of gender and caste, where people from the marginalized sections of these social groups are seriously affected in terms of opportunities, access to basic amenities, and overall potential.  Equality means that people of all genders, races, disabilities, religions, nationalities, sexual orientations, and ages are treated equally in all aspects of life. The establishment of equality is a problem that the entire humanity is confronting.

Workplace equality entails ensuring that individuals are given equal opportunity, equal wages, and are well accepted for their differences. Social injustice, such as discrimination, is known to thwart a country’s development. Discrimination at the workplace is increasing but remains unnoticed. This paper addresses the existing prejudice, inequality, and social injustice against Dalits, transgender, and women, the three most marginalized, unheard, and silenced classes in our society. This paper discusses the prevailing problems as well as solutions for them.

Inequality and Discrimination against Transgenders

According to the APA, Transgender is an umbrella term for persons whose gender identity, gender expression, or behavior does not conform to that typically associated with the sex to which they were assigned at birth. They are also known as eunuchs and hijras. Their family members disown them because of which they lack support. Growing lonely and lack of proper guidance leads to illiteracy among them. Some transgenders get forced into prostitution, drugs and the ones who somehow are able to educate themselves face discrimination and inequality in all facets of their life. Workplace equality and equality in education is a distant dream to them due to which they cannot even afford their everyday necessities. Transgender employees can eventually succumb to the traditional workplace due to gender stereotypes that restrict the roles perceived and expected of them.  Employers refuse to hire them, sexual and physical harassment in the workplace, and violence is commonly faced by almost every transgender.

The National Human Rights Commission has released the first-ever report on transgender rights; according to the study, approximately 92 percent of transgender people in the country are denied the right to engage in any form of economic activity, with even eligible individuals being denied jobs. According to 2011 census results, India’s trans population numbers 490,000 people, with only a significant subset of them seeking gainful jobs.

Am I not human? Do I not deserve to be treated with dignity and respect? Are my rights not human rights?

In India, the caste system has been in place for thousands of years and divides society into hierarchical classes based on birth. Discrimination based on caste is one sort of discrimination that predominantly affects 18% of the workforce in India. Dalits are also known as, “untouchables” or “lower caste communities” are prone to continuous and rampant violence in all facets of life, including the workplace. Dalits are engaged in forced labor works and slavery. Dalit women are the victim of rape or become sex workers. Child labor is the most common work done by children of Dalits. Ensuring education and employment to Dalits has been the most problematic task for Indians.

According to the 1991 Indian census, Dalit populations were the least literate social classes, with just 30% of Dalit children having fundamental reading and writing skills. Hatred, discrimination, and ostracism of Dalits are similarly widespread in higher education institutions, where inequality is perpetrated by senior upper-caste scholars, teachers, faculties, and administrations.  In the workplace, people from lower-caste are not offered a high position in the office, even though they have the same qualification as upper-caste people. “Using data on the IIM-Ahmedabad’s 2006 batch of MBA graduates, we find that graduates belonging to Scheduled Castes or Scheduled Tribes get significantly lower wages (19% lower in domestic jobs and 35% lower when foreign jobs are included) than those in the general category,” according to a paper titled ‘Discrimination in an Elite Labour Market? Job placements at IIM-Ahmedabad”. They even face discrimination in the hiring process as a result, there is a high level of unemployment, a low level of wages, and a high level of poverty.

To awaken the people, it is the woman who must be awakened; once she is on the move, the family moves, the village moves, the nation moves.

The Indian Constitution guarantees equality and forbids discrimination based on religion, ethnicity, caste, gender, birthplace, residence, or any combination of these factors. However, gender discrimination is still prevalent in patriarchal Indian society. In the workplace, gender discrimination can manifest itself where only one gender is hired or trained for a specific position. According to a TeamLease survey, more than 72 percent of women agree gender inequality still exists in the workplace. Workplace discrimination toward women is complicated; it establishes barriers to women’s professional growth through patriarchal positions, inequitable salaries, and increased sexual harassment.

In 1992, a woman raised her voice against the evil act of gang rape by five men at her workplace. That was the landmark case on a sexual assault known as Vishakha and Ors. vs. State of Rajasthan and Ors. Verbal abuse by an employer. We all have heard about the constitutional principle “equal pay for equal work” where every employee, regardless of gender, religion, ethnicity, age, or physical or mental disability, has the right to expect equal pay for equal work. This male-dominated society only embraces men as sole earners and believes women should be limited to household work. Ending the pay inequality between men and women is a mission that allows one to remove the social taboo surrounding women in the workplace and ensure workplace equality.

Gearing up the Indian workplace as a welcoming place to transgenders, Dalits, and women will be a difficult job, as accepting social change with the above enormity has always been a tough task in India. Many steps have been taken by governments, NGOs, and social workers for the unheard and silenced groups of our society. The government has a plethora of laws that benefit the marginalized. In our nation, there are laws and policies in place to protect the marginalized. Some policies and laws have arisen by other means, such as the formation of a committee or the conduct of a survey, among others. Introduction of the Transgender Act, 2019 abolish discrimination and inequality against transgender. Many NGOs like the Dalit foundation are taking a stand for Dalits in India.

However, workplaces and big companies should also make a difference by eradicating all the social taboos and ensure the hiring process, salaries, and other benefits as per the talent instead of sex, gender, and caste.  Companies must remember that transgender people, women, and Dalits have faced years of discrimination, resulting in social, economic, and inequalities. Organizations must also make an effort to include educational programs to help every employee improve their skills. The Sexual Harassment of Women at Workplace (Prevention, Prohibition and Redressal) Act 2013 is a welcome step toward addressing workplace harassment. In the workplace, a safe and secure environment for every employee is essential. The Equal Remuneration Act of 1976 guarantees equal pay for the same or similar job and prohibits discrimination while hiring, which is the best implementation to ensure equality. Even though the new laws made slow progress, it was a significant step towards women.

Discrimination is a serious issue that can cause a mental disturbance, lack of confidence & promotes self-doubts. In common parlance, safety remains a concern in India, and the fear of danger maintains social expectations that limit women’s freedom. Talent and skill have no sex, gender, and caste. Employers must instate frameworks to reduce the severity of discrimination in the workplace. They should build trust and boost the confidence of their employees. Treat all the employees equally and if any employee complains about abuse or harassment, resolve their problems quickly.

Editor’s Note
The author of this article talks about workplace equality and employment for marginalized sections in India. The author discusses discrimination against transgenders, women, and the caste-based discrimination prevalent in the country that deprives these sections. The author concludes with the observation that India has a long way to go when it comes to providing equal opportunities to these people; however recent trends do show a positive way forward.

Domestic Abuse and its impact on Children - A Socio-Legal Analysis 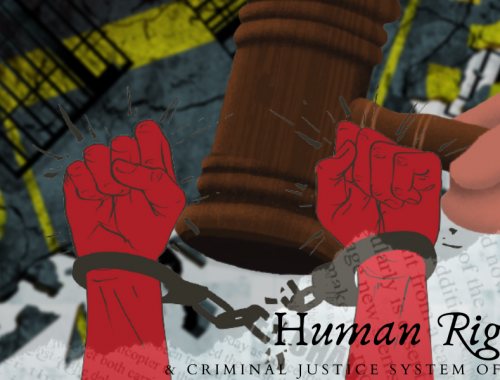 Human Rights and the Criminal Justice System of India 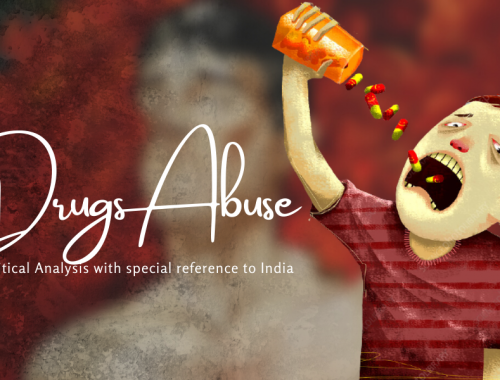 Drugs Abuse – A Critical Analysis with special reference to India 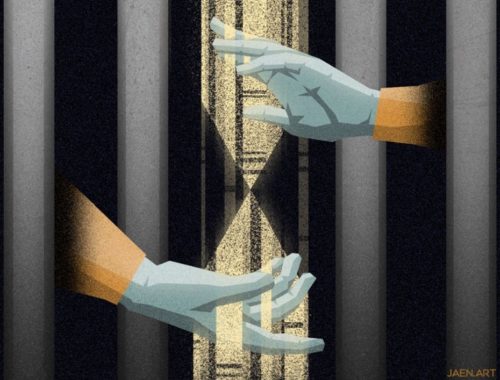