Surrogacy, a term that finds its roots in the Latin word surrogatus which means to substitute. It is an agreement, usually backed by the law, wherein a woman agrees to conceive, bear and deliver a child, who after its birth, would be parented by someone else, or as they are called, the intended mother and father. To simply put it forth, surrogacy, as its etymology suggests, is a practice of substituting the mother. If to trace its origins, it would date back to the archaic biblical tales, where Hagar, a housemaid agreed to conceive and bear a child for Abraham and Sarah, as Sarah had crossed age and was thus barren.

For ages, surrogacy has been an option, common among women incompetent of bearing children, either because of age or complications. Initially, surrogacy was confined only to the traditional method, where the child born would be genetically related to the surrogate mother. This involved the surrogate mother’s egg is fertilized by the intended father’s sperm, either through natural or artificial means, thus genetically alienating the child from the intended mother.

As time passed, factors like social complications, the chances of the surrogate making a biological claim over the child, and the emotional urge and pressure of having a child carrying my blood and being genetically related to me, altered the traditional approach to surrogacy and thus rose the gestational way of surrogacy to fame, wherein the reproductive cells of the intended parents are picked, synthesized, fertilized through artificial means, which is now referred to as IVF, and the embryo thus formed is channeled to the surrogate mother’s womb. However, this age-old practice, which has left its imprints in ancient mythologies and scriptures, has stirred serious controversy in the past few decades.

What shifted it to the negative sphere?

Having watched Bollywood family dramas, like Chori Chori Chupke Chupke and Filhaal, we aren’t very alienated from the concept of surrogacy. Back then, this wasn’t eyed as something complex or controversial. We as biological beings, procreation is one of our major instincts, imagine being seized by an uncontrollable urge to have children, while being sexually queer or your body not complying with this urge, what a boon this concept of surrogacy is! How did this concept which started off with such a noble intent, get its image tarnished? when did things step off the track, for the concept of surrogacy to come under the scrutiny of law?

After the ’70s, gestational surrogacy had gained massive popularity, after the first-ever IVF baby was born in 1978. Since then, there has been an increase in it, in two and three folds, and with new concepts rising, new businesses growing, the surrogacy industry also picked up the pace. The number of surrogacy births in India tripled between 2007 and 2009. The industry has been estimated to generate an amount of $6 billion annually in 2018! India is well known around the world for its cheap labor, so how could the surrogacy industry be an exception? It is a fact that India is home to millions of unemployed and poverty-ridden people, and thus, any work that fetches a decent amount of money is conveniently opted for. Foreigners around the world, choose Indian women as surrogates because of the unregulated system and the cost-efficiency.

While the standard cost for getting a surrogacy done abroad is roughly evaluated around $60,000- $100,000, getting it done in India would just cost somewhere around $20,000, out of which a major chunk is given to the agency arranging it, and the surrogates are left with the bare minimum and inadequate health compensation. Women above a certain age are conveniently hired from the slums, made to sign contracts they can’t read, and thus subtly pushed into being surrogates. Having no means to a livelihood, the women too, consider it as an opportunity to earn a decent amount and evade dire poverty.

Thus, over the years, India has become the world’s surrogate capital, hosting thousands of reproductive labor. This, however, gradually developed an ugly side, which everyone overlooks, and no debates, no reports, and no questions were ever raised. Surrogate mothers are often illtreated, hired, and denied payment in case of unexpected complications or miscarriage.

Surrogacy Laws in the US and their efficacy

The US, again, is one of the world’s biggest surrogacy destinations. 30 years ago, when, in the Baby M. case the supreme court of New Jersey declared the contract of surrogacy invalid, saying that in civilized societies, there are things which money cannot buy, out of which motherhood and a woman’s womb are few. But it could be excused, as back then the practice wasn’t widespread. But even today, when the number of surrogacy has grown by  1000 percent internationally between 2006 and 2010, the US does not have federally recognized legislation for surrogacy. The states of America embrace varied opinions on surrogacy, which in turn decides the validity of the practice.

There is a huge chasm in the legal approach of different states, some completely contradicting others. There are states, where only one form of surrogacy is permitted, the altruistic form, which is completely done of goodwill, with no commercial intents, while some states unrestrictedly permit the practice, be it commercial or altruistic. Some states put a complete ban on it, be it commercial or altruistic, claiming it to be A baby-selling business. There remain some states completely unbothered about the event, keeping the issue unaddressed and unscrutinized. Today, there are 4 states which explicitly prohibit surrogacy, which are New Jersey, New York, Michigan, and Indiana.

However, the legislature of New York has taken a huge leap, by introducing the child-parent security bill in 2020, which is reported to be enforced by 2021, which legalizes gestational surrogacy and thus caters to the parental rights of infertile couples and the LGBTQ community. 14 states expressly permit surrogacy, however, the scope differs from every state. California legalizes gestational surrogacy and regulates its procedures under the California family code. States like Florida and Maine, too have relevant statutes, namely Gestational Surrogacy Contract and Maine Parentage Act respectively, that legalize surrogacy, and only allow married heterosexual couples to undergo surrogacy. States like Washington, Texas, and Virginia permit full surrogacy for married couples.

States like Massachusetts, Oregon, and Tennessee, have legislations that vaguely address surrogacy, neither prohibiting it nor permitting it.

Surrogacy Laws in India and their efficacy

As mentioned above, India, in the past decade has served to be the hub of commercial surrogacy. This has led to the serious exploitation of socially and economically backward women, who ultimately fall prey to the industry for meager amounts, not only women, the babies born of surrogacy too are victims of this ugly system. There have been cases of foreign couples assigning the surrogate duty to Indian women, and while the delivery is due, she is left stranded with the baby to be looked after, because of the parents’ divorce and multiple other unethical and heinous practices like producing children for prostitution and beggary, selling of human embryos, etc. All this continues because of the sheer legal leniency and rampant corruption.

The gravity of this issue was raised in the supreme court in the Baby Manji Yamada vs the Union of India, in 2008, where the respondent enunciated that the surrogacy industry is perpetuating a money racket and stringent laws need to be framed. To date, there has been no distinct recognized law that explicitly lays down guidelines for surrogacy. The ART (assisted reproductive technology) regulation bill, was introduced in the Lok Sabha in 2013, which was just a partial address to the issue, and left a major portion of the intent behind the need of the law, unattended. The bill only allows parental rights to heterosexual married couples, expressly baring homosexuals and single men from the right to parenthood. This bill mostly talks about the ART clinics and banks and their regulatory principles.

Later, in 2019, every Indian looking forward to obtaining parental rights saw a ray of hope glisten, through the Surrogacy (Regulation) Bill, which was introduced and passed in the Lok sabha. The bill prohibits commercial surrogacy and only permits the surrogate mother’s medical and insurance expenditure to be looked after. Thus, eliminating the possibilities of perpetuating a money racket. The bill further prescribes for a certificate of essentiality, which would be granted only if the parents intending to have a surrogate baby fulfill certain requisites, like being above a certain age, not having living kids (biological, surrogate, or adopted), certified infertility, etc. Coming to the eligibility of a surrogate mother, section 4 of the bill lays down that the woman should be aged between 25-35, should be a close relative of the intended parents, should be married and should have kids of her own, and is permitted to be a surrogate only once in her life.

The bill also provides for the establishment of a statutory body, both on national and state levels, to look into and regulate matters pertaining to surrogacy, which would be named as National and State Surrogacy Boards. They would act as the government’s advisories in surrogacy matters, regulate the functioning of surrogacy clinics, penalizing the breach of this bill, etc. Section 35 of the bill deals with offenses and punishments. The bill penalizes the events of abandoning the surrogate mother with the child, selling human embryos, and engaging in commercial surrogacy.

If I were to compare the legislation of both countries, it would more or less fall on the same notch. The thing common in both countries is that it reserves the parental privilege only to married and heterosexual couples, which is a serious violation of equality, a tenet that is the base of modern society. It does not just violate Articles 14, and 15 of the Indian Constitution which promises equality to everyone,  regardless of what one’s gender and sexuality is, but also violates Article 21, which promises the right to life and liberty to all, which includes the right to parenthood and procreation and it is not for the state to decide the method of reproduction.

It bars single men and members from the LGBTQ community from the right to parenthood, which is a basic human right recognized by the UN, under the 16th article of the UDHR. I believe surrogacy is a noble concept that has left its traces in most religious epics, and this should be a privilege open to all, because, when it comes to the urge of wanting children, every person is the same. If regulated well, and carried out with pure intents, surrogacy is actually a boon, which no good deed can replace.

Editor’s Note
The author of this article talks about the state of surrogacy laws in both India and the US and makes a comparative analysis. The author begins with a brief overview of the said laws and further describes the current state of affairs in both these countries, pointing out the potential gaps which remain to be filled. The author concludes with a proposal to make these laws more gender-neutral and believes it to be a noble concept, provided there are regulations preventing people from abusing it. 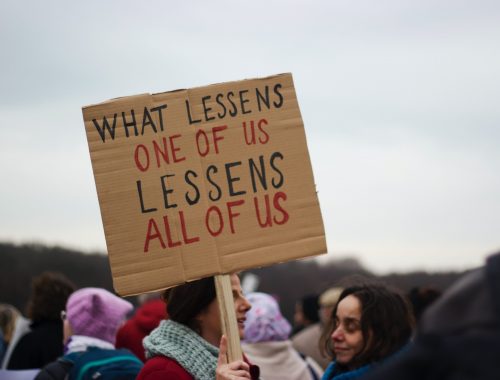 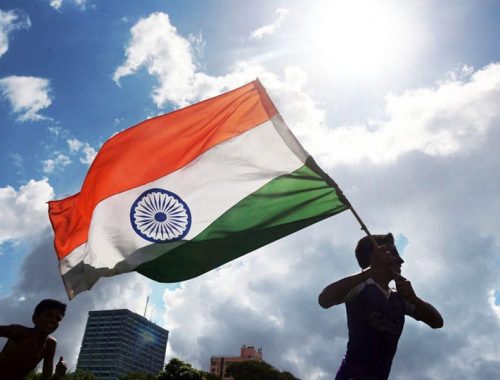 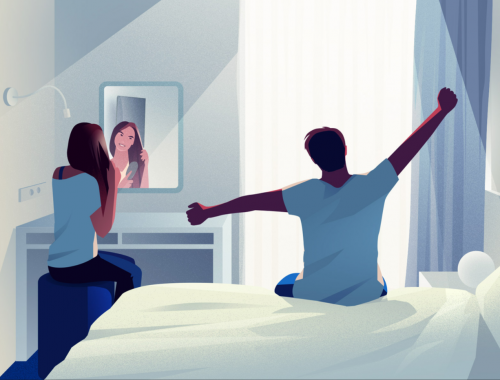 The legality of Live-In Relationships