India is a diverse country and is one of the most culturally rich countries as well. Boasting the second spot as the most populous country (As per the 2011 census), India is and was culturally rich. With various religions, cultures, traditions, and languages that change every few kilometers, India being diverse would be an understatement.

In a country like India, there are bound to be norms, rules, regulations, and laws that fall in conformity to specific religions. We must keep in mind the diversity of our great nation but it is equally important to ensure public order. Legislations specific for governing over the particular community is a basic part of our diverse nature. But this diverse nature has caused time and gain conflicts.

The solution to multiplicity of laws, Uniform Civil Code was imagined as a savior. But will such a drastic measure sit well with various communities? Will we as a culturally diverse nation lose culturally separate identities and form a single identity to allow legislation to govern over all the communities? Or promote ease of governance by realizing a long-lost dream of framers of our constitution?

Uniform Civil Code, the etymology of the word justifies the impact it will have over the governance. With various Personal Laws governing specific communities, there is a discontinuity in the justice delivery system. While more renowned legislations are codified, like the Hindu Marriage Act, 1955, the Special Marriage Act, 1954, and the Indian Divorce Act, 1869. A lot of laws remain uncodified. This combination of codified and uncodified laws has ever since led to a deep-rooted problem of multiple interpretations by the courts.

The idea was first put forth by drafters/framers of the Indian Constitution as early as 1947. There was a need for having a uniform approach to personal laws. Article 44 of the Indian Constitution provides that the state shall endeavor to implement a Uniform Civil Code. The problem lies in the solution. While the framers gave UCC a place in the Indian Constitution, it was in the form of Directive Principles of State Policy, which means that although the state has an obligation to ensure a uniform code, the same can’t be enforced in a Court of law if the state fails to do so. This leads to the problem of how the state will go about implementing such a policy and what we the citizens can do about it.

Minoo Masani was a member of the Committee in charge of drafting our constitution and it was his aim and ambition to ensure that the state is responsible for bringing UCC in India, with the hope that a Uniform Civil Code will help in conquering the boundaries set out by the personal laws and religions. To put it simply, it was a goal of unification rather than law being divided by religion.

The court in the case of Mohd. Ahmed Khan v. Shah Bano Begum has specifically stated that while Art. 44 of the constitution mentions UCC, it has remained a “Dead letter”. The court further stated that “there is no evidence of any official activity for framing a common civil code”. The Court in Sarla Mudgal vs. Union of India expressly mentioned how UCC contemplates a union of religion rather than force them to lose individuality. It is no doubt, in a lot of cases, the main argument against UCC has been secularism and how UCC will have a negative impact on freedom of religion. But the courts have argued otherwise and stated “Uniform Civil Code is not opposed to secularism and will not violate Article 25 and 26. Article 44 is based on the concept that there is no necessary connection between religion and personal law in a civilized society. Marriage, succession, and like matters are of secular nature and therefore law can regulate them. No religion permits deliberate distortion”

Secularism and the Uniform Civil Code

The main source of protests against a Uniform Civil Code stems from the fact that India as a country has time and again proved that religious intolerance exists. It is not a hidden fact and we don’t live in a state of utopia, with such diversity there are bound to be conflicts. The sad part is the politics played behind these protests. Extremist ideology has prompted anti-Semitic feelings for a particular community. These ideologists have failed to consider the liberating effect of the UCC.

Among the religious infarctions, it is also easy to encounter groups that believe in a common civil code. Anusha Soni who was the chairman of the law commission on Uniform Civil Code has stated that any policy changes or amendments will not shake the secular foundations of our nation. The secular identity of each religion rightly so would be safe in the face of an amendment for UCC.

Practically speaking, the religious outburst would likely stem from the fact that people don’t want to associate their religion with any other. Other than these outbursts, a Uniform civil code would be positive in influencing a shift in personal laws. But would the constitution itself allow for such changes?

Article 33 of the Indian Constitution expressly states that “any group, section or community of people shall not be obliged to give up its own personal law in case it has such a law”. This creates a major obstacle in implementing a Uniform code. The discourse has been directed towards the fundamental rights of each and every community to freely practice their religion and personal laws without feeling threatened by the state or any individual for that matter.

India as a country follows the preamble religiously in religious matters. When we talk of following the preamble, we mean that we want a secular state and we constantly work towards it, but we are just intolerant of any other religion claiming secularism. No one religion can be blamed for this. It is a problem that is universal in nature. Every religious state is in a constant battle between majority and minority religions, be it Catholics v. protestants or Hindus v. Muslim. This battle causes a rift between citizens prompting the legislators to take sides and subsequently carrying out their legislative function to benefit their agenda. A recent example can be the “love-jihad law” put forward by multiple states.

What if we manage to implement UCC despite the protest? In a hypothetical world even if UCC is implemented in India, we could potentially witness one of the worst religious riots we have ever seen. The disputes will still prevail and the proponents of secularism will still protest against such policy, and might just increase their intensity.

This is a problem that can be attributed to our constitution and its framers. In respect of other countries like America or European countries, there was a renaissance period which led to a huge revolution in government and governance, causing the separation of state and religious functions. While this worked for these countries, India was just too diverse for such a separation to work. The concept of secularism and a uniform civil code in India cannot go hand in the hand unless people realize that there would be no winners in either debate except a healthy development for our legal framework.

Can the Uniform Civil Code be implemented?

As stated above, the major obstacle is the freedom of professing religion and the secularist ideology. Apart from that, India is in a position to execute such a policy and if done well, it will be a masterstroke. With the diverse communities, it will be immensely powerful legislation to cover all grounds.

The umbrella legislation will have to be all-inclusive, leaving out quintessential features of various codified and uncodified laws would be ironic for a law bringing everyone together. It would be expected of such a law to focus on the good and positive pieces of text from such personal laws and implement them in a singular document.

A single civil code will have to be applicable to every citizen irrespective of their religion, and hence certain portions of Hindu law will need to be taken, not because it is Hindu law, but because such portions are suitable.

Justice Krishna Iyer believed that “Mohammed is better than Manu and the Muslim law understood in its pristine and progressive intendment” will contribute heavily towards the code. Accordingly, he also states that if interpreted in a “humanist liberalism and away from the desert context” the Muslim personal laws excel in further providing clarity and diversity to such a uniform civil code. We don’t need to look to foreign nations for inspiration as our state of GOA has implemented a UCC since 1870. As a Portuguese territory, it utilized the UCC but even upon incorporation with the Union of India, Goa retained its UCC. The code is not perfect and is not even uniform in a strict sense but it is something and better than nothing.

But to answer whether it can be implemented? NO! the reason is simple enough and it is that Uniform Civil Code is not looked upon as legal legislation to improve the legal framework. It is looked upon as a political afterthought and an attack on personal laws. The moment we realize it is not political but a more legal matter, we might start appreciating it.

Before we conclude, let’s have brief advantages versus disadvantages debate.

These are just some of the advantages and disadvantages that we can gather from the discourse available, but the major question that arises is do we need UCC? Personally, UCC can be avoided with few amendments in various personal laws. Rather than having a completely new system opposed by the public, it is more fruitful under the current condition to amend the existing laws to function in the public interest. India already has a host of different personal laws, instead of having different uncodified and codified laws, it might be in the interest of the public to have a single law for each community.

Currently, India has multiple laws for each community dealing with various things. It is very much possible to first try to reduce the number from 10 different laws to 5 laws rather than 10 to 1. For the ease of the process, this could very well be the first step in implementing UCC. With gradual change and constant public awareness, meaningless and unjust laws could be shaved off while retaining the good and positive legal texts. It is imperative that UCC is introduced in a tolerant society, in its current state India isn’t tolerant enough for it. But that doesn’t mean it never will be. Slowly and steadily, we can easily ease our society into accepting minimal and concise laws, but the first step has to be, to have clear concise, and minimal laws.

Editor’s Note
The author gives his opinions on the long-standing debate on the issue of the Uniform Civil Code for the country. The article very clearly draws a comparison between the probable advantages and disadvantages of a UCC. The author also traces the difficulties which can arise while implementing a uniform code and the factors responsible for the same.

Gaps and Abeyances in the Human Rights Law - Together we Stand!

Not for Sale, Not for Rent - Comparative Analysis of Surrogacy Laws 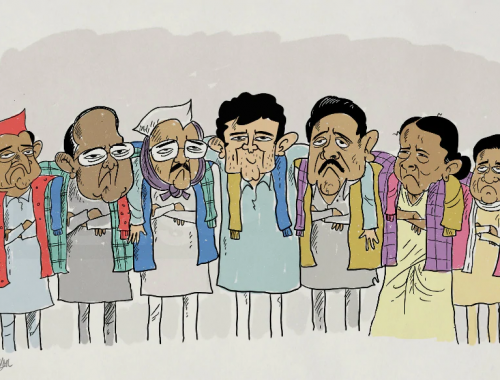 Hung Parliament – A Democracy without Majority 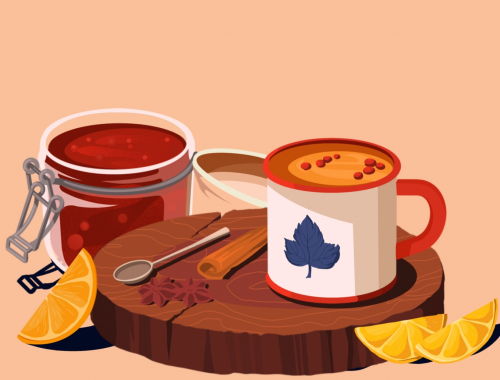