Relevant distinction is not between animate and inanimate things but whether living products could be seen as human-made inventions.

Chief Justice Warren Burger in the case of Diamond v. Chakrabarty (1980) wherein the US Supreme Court declared that lifeforms can be patented.

A Patent is a type of intellectual property, which allows the inventor exclusive rights on the process, design, or invention for a designated period in return for some comprehensive disclosure of the invention. The rights are conferred by a sovereign authority to the inventor.

The 3 different kinds of patents are:

Novel and non-obvious are the two most sought-after terms used in determining the patentability of the matter. Being novel refers to the item being different from other similar inventions, being non-obvious refers to the invention being considered unexpected or surprising by someone skilled in the field of innovation. The usefulness of the invention i.e. industrial application also counts as one of the important factors for the invention to be patentable. Further, in the Indian context, it must out of the ambit of the non-patentable category under Section 3 and Section 4 of the Patents Act, 1970.

Starting with the question, should life forms be patented? The reasonable answer would be, it cannot and should not be since there is no inventive step taken for the force of nature. Unless you have made modifications to the existing life form, modification of significant intensity, in that case, a patent can be allowed. However, when a new life form is synthesized from the scratch, it is eligible to be considered inventive and hence can be patented.

An overwhelming concern against patenting lifeforms was raised during the WTO seminar in Geneva, 2000. Their arguments, for the most part, revolved around two major topics:

Article 27.3(b) of the Trade-related Intellectual Property Rights (TRIPs) deals with patenting lifeforms. This article deals with whether plant and animal inventions should be covered by patents and ways to protect new plant varieties. It established that microorganisms and microbiological processes are patentable.  The Indian Patent Provisions (emphasis applied – exceptions clause of Sections 3 & 4) are in consonance with this framework.

Patenting human life have the potential of bringing in some devastating consequences along with it. Under that ambit, one can patent cell lines, human genes, and tissues, all being a naturally occurring substance. Though, there have been lobbies who only look at the financial aspect of things rooting for it to be an acceptable practice, the harms that might occur in the process are not to be neglected.

A suitable example in this regard would be the case of John Moore, a leukemia patient at the University of California, in 1976 he had surgery to remove his cancerous spleen. A cell line, removed from his body which was called Mo, was believed to be helpful in producing valuable proteins and the university was granted patent over it. It came about that the commercial value of the cell line was estimated over a billion dollars, Mr. Moore wanted control over his body parts and demanded the return of the cells, California  Supreme Court decided that since they have been removed from his body, he cannot have any control over them anymore.

One of the startling aspects of patenting lifeforms is the patenting of human genes, cells, and tissues. A patent on a gene cannot be granted, since it exists naturally. However, for it to be patentable, isolation of the gene is required. It is understandable why there is such an uproar from the people in favor of getting the human life made into a patentable entity, it is the financial viability of the process which holds the potential of turning into a corporate giant in no time and in the time when changes are more rapid than they have ever been, this doesn’t seem like a distant dream.

Where does India stand on the topic of Patenting Lifeforms?

Before 2002, there was a shift in the perception in India that there was no patent protection for inventions relating to life forms. However, in Dimminaco A.G v. Controller of Patent and Design, the Calcutta High Court held that a method for the preparation of a live virus vaccine is patentable since even living organisms are protected by the word manufacture. Thus, according to the Court, the mechanism involved in getting out the end product becomes an innovation even though the end product contains a live virus. It should be noted that no decision has been explicitly stated to date on the application of innovative step requirements to innovations relating to biotech patents in India.

India has allowed the patenting of microorganisms, but there is no description of the term micro-organisms in the Patent Act. This has contributed to too many discussions about microbial patentability. In the absence of a consistent description of the microorganism and microbiological process in the TRIPS Agreement, it becomes pertinent for the country to draw a distinctive line between the result of novelty-driven human action and that which is freely occurring in nature.

What could go wrong in Patenting Lifeforms?

The creation of nature, a term used for everything that has a life on this planet, something so sacred, comes with an integrity of its own. Patenting transgenic animals by going through transferring genes from one species to another, transgresses the natural barriers and therefore violated the integrity of such species. The DNA is deemed to be closely linked to the identification of the species and, thus, no part of it should be controlled for commercial interest. Many have taken the view that plants, animals, and microorganisms comprising life on earth are part of the natural environment into which we are born, and therefore the conversion by patent monopolies of these species, their molecules or parts into corporate property is contrary to the interest of the citizens of the country and the world.

Should a novel creation by someone be made patentable? Yes. Should we be allowed to unsettle the course of nature? No. Should there be scope for growth and innovation? Yes. Everything mentioned above in this piece essentially boils down to the condition where we choose what is acceptable and what is going a bit over the line, what is essential, and what might put us all in a place of harm or maybe unforeseeable disasters. So, the ideal situation might be where we put the course of nature and scope of innovation on two different sides and if we ever feel the need to fiddle with the two, we do it with utmost sincerity and keeping the best of everyone in our senses.

Editor’s Note
In the given article, the author talks about the scope of patenting lifeforms. The article starts with telling readers about patent and patentability, then goes on to explaining the patentability of life forms from an International and National viewpoint. It also talks about the drawback of the same.

Gaps and Abeyances in the Human Rights Law - Together we Stand! 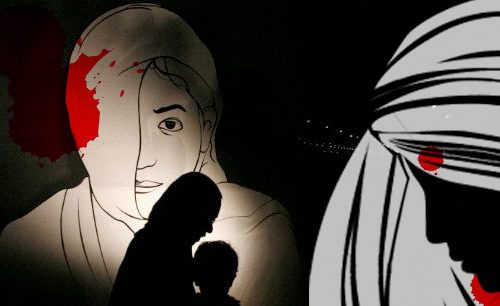 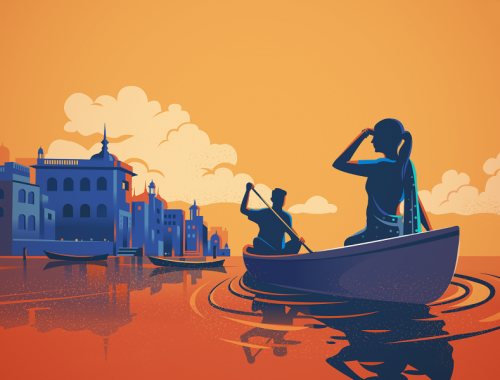