Hate Crimes against individuals do harm to more than just the person.

India is a colorful canvas portraying different types of cultures, ethnicities, civilizations, and religions.  It is a unique assimilation of different types of groups. This uniqueness is the identity of the country which gave rise to disagreement and dissimilarities on views and motives of the person. Staying together under the same roof with the vibrant population is a global issue – different cultures living in harmony, in a multi-ethnic state. The major problem is to find the key to achieving harmonious co-existence among ethnic groups with different cultural traditions.

A ‘hate crime’ or a bias-motivated crime is a criminal act that is done with a bias thought against the person who has been selected for the crime purposely. These crimes are committed with partiality which is totally visible and based on caste, creed, religion, sexual orientation, or ethnicity, out of subjective hostility towards the section of society to which the victim belongs. Since the motive of the accused is typically unessential to point out the essential components of a crime, which can distinguish this crime from the other type of crimes, as it is rarely examined in detail to draw out the genuine clarification about the crime.

The term ‘hate crime’ is very crucial for this justice system to recognize the motive of the perpetrator as an essential element of the offense and to make the existence of the term ‘hate crime’ visible to society. The major reason for committing this wrongdoing or a biased act out of hate is the certain differences in societies and major differences in religious practices and customs. In up to a minute, its meaning has proliferated beyond lynching, discrimination, and offensive speeches and now compasses the speech which is insulting, derogatory or incites violence. To determine the nature of hate crime, the motivation abaft the act is to be taken into consideration.

Hate crimes came into view in the United States in the late 1980s when this term was used very often to describe the events which occurred prior to that era. Roman persecution of Christians and the Nazi slaughter of Jews are examples of the same, the crime of hate spreading was committed by individuals and governments both before the term was used commonly. When the crimes are continuously committed against the member of historically oppressed groups, it becomes more important to define this crime as a hate crime.

At the same time as two centuries, the lynching of African Americans and lynching of Mexicans and Chinese in the south and west of U.S respectively, assault on lesbian, gay, bisexual, and transgender, the painting of nazi symbolism on Jewish synagogues; and xenophobic responses to a variety of minority ethnic groups,  are the examples of hate crime during the past two centuries. The concept of biased motivated crime got recognition in 2003 when the term ‘hate crime’ was used by OSCE, the Ministerial Council for the first time. The member of the state-recognized and decided to make commitments to make legislations to control such crimes. The term ‘hate crime’ in India is not a new notion.

At the time of the formation of the nation when almost everything was dependent on religion or caste, the number of incidents related to hate crime had increased. There were many cases not only of caste or religion but also of gender-based, creed, or color, and many sexual assaults that were not limited to women but also to the transgender community.  India, home to human beings of different cultures, ethnicities, civilizations, and religions reported the highest number of cases of hate crime in the report of NCRB.

In India, the hate crimes like lynching and Hate speech not only affect the sufferer but also affect the entire communities. As per a report of April 2019, there were 282 Hate Crimes which resulted in 100 deaths. This data or reports clearly show that how deep this crime has been rooted and the speedy increasing rate of hate crime is pernicious and destructive for our society.

There is no such legal definition of hate speech just like there is no such definition of evil ideas, rudeness, and unpatriotic speech. Hate speech is a form of expression through which a wrongdoer intends to defame, demean, humiliate or incite against a group or a class of people on the basis of caste, religion, gender, skin color, ethnicity, disability, or national origin. Hate speech is derogatory speech against the group or any class of people who have been chosen to defame.

Sections 153A, 153B, 295A, 298, 505(1), and 505(2)25 of Indian Penal Code 1860 states that the word either spoken or written, or by signs or by visible representations which promote or attempt to promote disharmony, hatred, or insults on basis of religion, ethnicity, culture, language, region, caste, community, race, etc., is punishable with imprisonment which may extend to three years or fine or both. Similarly, the Representation of People Act, Information Technology Act, Unlawful Activities (Prevention) Act, 1967 contains provisions that are also related to hate speech.

Lynching is the activity of killing a person by governmental authorities without the sanction of any judicial proceeding or legal process or by a group.  When a group of people kills a person for an offense which is usually based on some rumor, this incident of killing is called lynching. The unlawful act of mob violence is when the practice of one community makes some other communities displace its grief. 2018 reports the major cases of lynching and mob violence were reported from states like Uttar Pradesh, Karnataka, Haryana, Gujrat, Delhi, Rajasthan, and Madhya Pradesh.

Sub Section (a) of Section 223 of the Criminal Procedure Code, 1973, it is mentioned that the person being charged for an offense jointly and applicable to two or more people, when the offense is committed in the course of the same transaction and they are the accused of the same offense. To date, there are no such laws against lynching in India but there are some provisions in variant statutes that handle the matter related to lynching and mob violence such as section 302, section 304, section 307, section 323, and section 325 of Indian Penal Code 1860. The aforesaid provisions of IPC could be used in cases of Lynching and Mob Violence because it mostly includes attacks that turn out in murder or attempt to murder, harassment, assault, gang-rape, etc.

Is there a need for a Special Law?

If the police, prosecution, and courts will work together it will be easier to tackle biased motivated crimes. The government responds to this crime through their criminal justice system where the judiciary and law enforcement agencies work together. In India, there is no such compulsion to prove the motive of the crime. Since motive is a deep concern and there are limits to the kind of evidence that can be produced and can help in proving the motive of the crime as hate crime cases demand a different approach.

To punish the motive of crime rather than the intention is becoming more important as it may influence more people to attempt crime with criminal motive and it may give rise to crime in India. There must be a proper law or a provision mentioned with the term ‘hate crime’ with such punishments which is suitable to improve the motive of the accused. The court should consider the motive of crime as evidence under proper law.

The key matter of contention is that when the criminal cases are impeached, the hate motivation ought to be expressly perceived and rebuffed. Up to now, cases of hate crime are on the high rise which should be alarmed out and there is a need to awaken our legal system to take major actions to break the records.

Considering all, the major concern is to make separate legislation and to curb this problem. Enrooting hate crime results in the betterment of the country and can make the motive of wrongdoing act as a vital element in the judicial system. The aforesaid information makes it clear that this crime is not the same as other crimes. This problem needs to be looked at from a different angle. Only in this way, we can curb this cancer in our country.

Editor’s Note
A country like India is bound to have cultural and religious differences. But when these differences reach a level where they become hazardous, the situation needs to be controlled. Hate crimes have existed for a long time, and no matter how hard we try, eradicating them won’t be an easy task. In this article, the author talks about different types of hate crimes and India’s measures to curb it.

Freedom of Speech and Expression - Under a Question Mark?

Loud and Proud - Liberty of Sexual Orientation of the LGBTQ+ Community 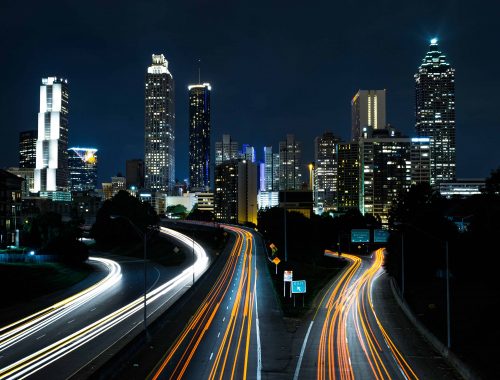 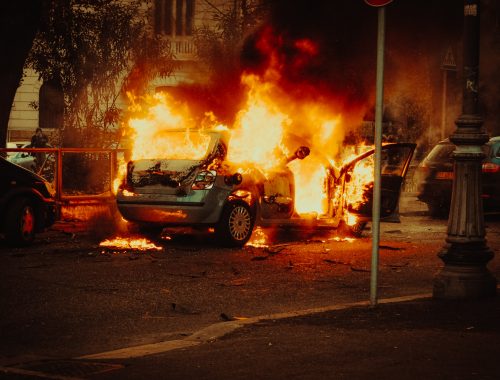 Shaheen Bagh – A War Within.