Criminal Deterrence as a concept imposes sanctions on all sorts of criminal activities thereby effectively deterring them from being committed by the general populace. Although it’s just a theory and has seen some success, there is room for improvement. India is facing one of the most feared crises at the moment, and it’s not the pandemic we have come to know, it’s the piling and backlog of cases in Indian courts.

With each case that gets delayed, justice is delayed. This is especially true for criminal cases where the accused might be holed up in some jail cell till there is a final verdict. One theory is that, by improving or reforming our criminal justice system, we would be able to accommodate more cases, deliver justice without delay and rehabilitate a considerable number of convicted prisoners. This article shall focus on the concept of deterrence and the various other theories surrounding the punishment of crime while also suggesting changes in our criminal justice system from a different perspective.

Origin And Concept Of Deterrence

Contrary to the popular belief, the criminal justice system of ancient India much better than it is today. While monarchy and atrocities did prevail in those ages, the concept of ‘Dharma’ governed each and every household. This concept of dharma was a deterrent in itself as it promoted righteousness and humility. This is the earliest evidence of a deterrent in action that we have. Mauryan dynasty was famous for successfully implementing a simple yet well-established judicial system by 4th century B.C. Since then, the British polished the existing system to implement a more refined and legal system of criminal adjudication.

The Concept Of Deterrence

The concept of criminal deterrence on paper is very simple to explain. It essentially stops or deters the general public from committing crimes. In ancient India, it was ‘Dharma’, nowadays we see legal sanctions and punishments acting as deterrents. Deterrence is a factor that can effectively make or break a criminal justice system. Deterring someone who is potentially going to commit a crime and those who have already committed it from doing so again. The practical examples are the Criminal Procedure Code of India and the Indian Penal Code. These two legal texts collectively govern over most of the criminal adjudication happening in India and provide for punishments.

The all-important question that we ask is, whether the criminal justice system in India functions effectively with the current deterrence theory in practice? For most of the general population, even the fear of being caught is enough to deter us from committing a crime. It’s a simple mechanism, we as children have been instilled with values of what is morally wrong and right that it becomes increasingly difficult for us to break our own personal code of conducts as we grow with it.

In an ideal world, this would inhibit students from committing malpractice during their exams, but desperation, circumstances can force someone to go above and beyond their own personal moral code to disobey their guilty conscious and commit a crime. In such situations, there should be sanctions for people who overcome their fear of committing a crime. We see and know about the sanctions, but for people who have no or less knowledge about such law, there is a need to educate people about these laws.

Laws which act as deterrents are still not publicized in remote parts of our country. This is evident from the crimes being committed which are not reported by the victims and only after an investigation from police or media are reported. This speaks a lot about our criminal justice system which relies on the public being aware of the procedure and intricacies of the law to ensure basic access to justice. This leads to the elimination of third-party influence in the system and the public can demand their rights instead of waiting for justice to be delivered to them. People are sceptical of court and legal proceedings, rightly so as these things take time and money. Even with fast track courts working effortlessly, litigation is expensive and time-consuming in the criminal context.

Impact of such a deterrence theory depends on the population. It is theorized that this theory of deterrence works only when the population is rational. More often than not, crimes are irrational actions or conduct by a person acting on an impulse. Such actions are not capable of being deterred unless and until the person committing it is convinced or reasoned with, which in itself is a tough task. Criminal minds do not follow the normal norms that are set to deter people from committing a crime. In such a situation, deterrence can only stop people with no real conviction to commit a crime. For most, crime is just like any other activity just like drinking water. ‘Deterrent effect of a law obviously depends upon the individual’s knowledge of the law and the punishment prescribed.‘

With increasing media coverage, there has been a significant rise in the number of cases of mystery murder and violence being reported. Over the years, sexual violence and rape cases have taken the forefront and are being reported vigorously. Deterrence has failed its purpose as the victims of these cases are left helpless and the accused are unreported. Deterrence only works to deter those who are not strong-willed and do not act strongly on their convictions. Criminal minds have regardless of deterrents acted on their whims. Punishments and sanctions have become obstacles that the criminals have to overcome. This is clearly not what the criminal justice system of India needs. Even with severe punishments and fines, rate of crime in India, as we see it, is not changing and the number of cases has piled up.

Jeremy Bentham, a utilitarian, stated that while the theory of imposing punishments in order to reduce crimes is good and looks effective on paper, but realistically, it is not cost-efficient and does not help in deterring criminals from committing crimes. Bentham believed in the greater good for a greater population and believed in implementing small fines with reduced cost. If a system works with lesser punishment on a lower cost, it would be beneficial to everyone. This theory however would not come to fruition completely. While it was possible to reduce the punishment to reduce the cost of deterring criminals, the risk involved was much greater. The debate was not about managing the economic aspect of the criminal justice system; it is about effectively rehabilitating and deterring the criminals at a given moment.

The theory of retribution is a simple, draconian theory. It allows for the victims to get revenge for the atrocities and crimes committed on them or their relatives. Deterrence theory also believes in making the criminal accountable for his/her crime through fines and punishments. Both theories are strong advocates for punishments being the sole factor in reducing crimes. Rehabilitating is not a thing these theories promote. It is believed by these theories that crime is imbued in the system and punishment is the only way to reduce it. Rehabilitation theory is different. This theory believes in stopping criminal activities by reducing criminal thinking. It believes in treating the existing criminals.

This theory in reality allows for criminals to become a part of society again. Rehabilitation not only helps in reducing criminal behaviour, but it also helps criminals in establishing themselves in society through their work. Rehabilitation works by way of removing the negative emotions through hard work, therapy and inculcating positive thoughts among them. Criminals in prisons over the period develop a feeling of hatred towards the general public and system. Through rehabilitation, it is possible to have a criminal walk out of prison without anger and hatred and ready to start an earnest living.

Criminal justice system functions through police, legislation and the courts. With the incidents of police brutality in recent times (both domestic and international), police need to be made more accountable and need to be supervised periodically. Judiciary should become more proactive in taking suo moto cognizance of cases that go unreported. Judges should become more active in discharging judicial duties to enact justice. Legislators need to be more sensitized towards the general public.

While across all courts, there are numerous cases pending, the solution would be to have more legal officers looking over the cases. Criminal cases cannot be settled out of court through mediation. Out of court settlement defeats the whole purpose of a criminal justice system. Victimology is a field not explored enough. Special therapy houses and witness protection houses for victims must be introduced in the system. A change in criminal law that allows for classification of laws would allow for less serious crimes being handled out of courts through fines and reducing burdens on the court over lengthy proceedings over a trivial matter.

Criminal Justice system only works through its different pillars. These pillars of courts, police, legislators can effectively control crime rates without any problems. The oldest view taken by jurists was to isolate criminals, a thought that was in practice effectively in ancient and medieval times. It is still practised through a prison system where criminals are kept away from society. This renders these criminals from being useful members of society.

A more appropriate response towards crime would be to accommodate these criminals into society with respect. Giving them a sense of accountability and responsibility can effectively turn criminals into functional members of society. It is true that crime is something that cannot be completely stopped but it can be controlled and prevented to an extent. It is very much on the system to control and improvise while the general public also plays an important role in accepting these criminals and integrating them into our society and bring normalcy in a criminal’s life.

Editor’s Note
This article talks about the effectiveness of deterrent measures, and how far they help in incapacitating or preventing crimes. Severe punishments do not make laws stringent. However, fastening the loopholes and ensuring less concession to convicts proves the stern nature of the law, such that the fear of consequences in the criminal’s mind must be greater the malicious thoughts that provoke him. Knowledge about laws of the land and awareness about crimes prevailing in the country must be done to a maximum extent, such that the thoughts of humiliation and defamation rise in the minds of the offenders. 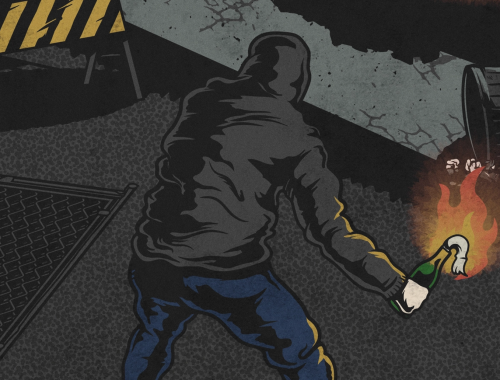 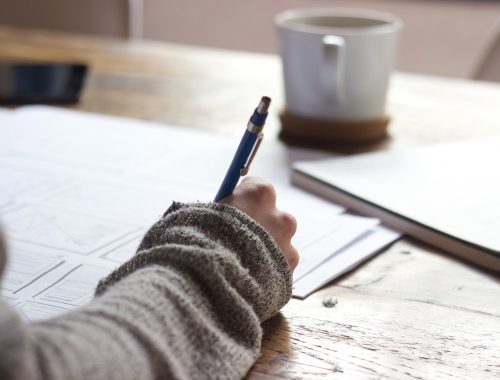 How to fill a CLAT form? 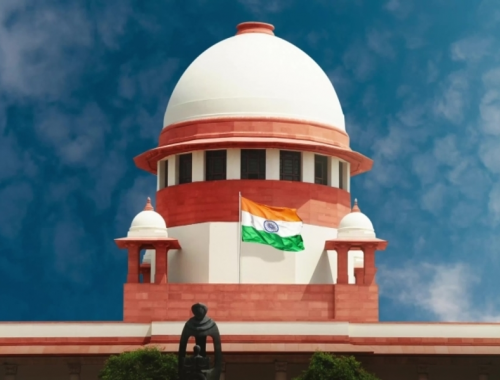 A Spell of Sacrosanct – Judiciary under Right To Information Act