Despite strict and punitive punishment and laws which are made to protect women, crimes against women in India are increasing day by day. Many efforts were made by the National Commission for Women, which was formed under the National Commission for Women Act, 1990 to free women from the suppression, exploitation, abuse and assault. Although every day many crimes happen against women in India, amongst which, rape is the most heinous. This is the result of aggression, ego, anger and violence of a man. This not only destroys her integrity but also the right on her own body.

In 1980, a report was submitted to Union Law Minister by Law Commission. Then in December 1983, the Criminal Law (Amendment) Act, 1983 came into effect to increase the punishment for rape. The amendment states a mandatory sentence of 7 years which can be extended to 10 years or till life depending upon how heinous the crime is.

The right to life which is also called the Heart of the Constitution, according to P.N. Bhagwati, is the constitutional value of utmost importance in a democratic society. Right to Life includes:

This applies to any person or alien or in some cases foreigners too (natural persons). The right to life also includes right to life with Dignity which also provides Right against Sexual Harassment at Workplace which was lead down in Vishakha vs. State of Rajasthan. It was a landmark case in 1997, which separately defined the legal behaviour towards one’s committing sexual harassment and defined sexual harassment as direct or indirect sexual gestures, marks on victim’s body, showing pornography, request for sexual favours, any verbal/non-verbal unwelcomed sexual behaviour, any physical contact with the victim. The most important factor of it is unwelcomed behaviour. This resulted in some guidelines being laid down for inappropriate behaviour and to provide the basic human rights to the victim under article 21 (fundamental rights of working women) and gender equality against sexual harassment.

Difference between Rape and Sexual Harassment

People often mistake Rape and Sexual Harassment as one and the same thing. However, there is a line of difference between the two. Both of these aim to degrade the dignity of the victim and assert male dominance over a female. But rape destroys the victim’s dignity mentally as well as physically, whereas sexual harassment does it mentally. According to statistics, a woman is harassed every 26 minutes. These statistics only take the count cases which are being reported, if we start taking into consideration the cases which are not reported, the numbers might shoot off the charts.

Rape Victims and their Rights

Article 21 of the Indian Constitution talks of Right to Life and Personal Liberty. It states “No person shall be deprived of his life or personal liberty except according to the procedure established by law”. The right to life is a lot more than just a mere animal existence. It has been showcased that Right to Life provides a rape victim, who has encountered unwilling sexual encounter, a Right to Life with Dignity.

Rape is considered not only a crime against the victim but also against the whole society. A Rape victim has high chances to get infected by HIV/AIDS when raped by strangers, which clearly infringes her right to life. Rape has a lifelong effect on the life of the victim. In a male-dominated society like India, where women have low status, the near ones or family which are connected to the victim are also affected. When a sin like rape is committed, it comes with extreme torture, violence and abuse. The victim goes through a lot of physical and mental health problems like depression, stress, anxiety, fear, some long term health issues, reproduction problems, some sort of illness like HIV etc. from which a woman needs to be protected and it is included in the right to life.

What constitutes a Rape?

In India, when one has consensual sex with a fake promise to marry, also amounts to rape. A husband was accused of raping his wife in England in the English case of R vs. R12. Earlier, it was assumed that a wife gives her consent as soon as she is married to that person. But nowadays, it has changed in some countries but is not applicable in India till now. Supreme Court has laid down some guidelines for trial rape cases such as- an advocate shall not only represent her in courts but also represent victim at the police station and give her legal assistance, at court trials a victim shall remain anonymous, compensation must be provided to the victim keeping in mind her shock, fears and suffering or any loss which may occur at the time of her pregnancy or at the time of child’s birth.

Rape of Minor and their Rights

This is a very irresolvable question that at what age a minor becomes capable of giving its consent? The dispute still goes on. Different countries have different provisions of age. In some countries, it is 16, 15 or even 13. When it comes to India, when any sexual activity takes place with a minor, it is seen as rape. When any form of sexual intercourse takes places between two minors, it is considered as Statutory Rape because in such cases neither of the parties are mature enough to face its consequences. Section 375 and 376 of the Indian Penal Code describes Statutory Rape. As it is said, minor’s consent is no consent in the eyes of law.

The landmark judgment of the Supreme Court said that, if the wife is minor then the man having sex with his minor wife will constitute rape as the wife is not mature enough. This says that exempting the minor rape after marriage violates and is contrary to Article 21 of the constitution. This also brings in light the human rights of a minor and POCSO: Prevention of Children from Sexual Offences.

This also attracts our attention to the child marriages happening in some places of India, mostly village areas. It was a need of the hour to raise awareness that if a man marries a minor child and indulges in any sexual activity with her, he has to face the legal consequences. In a country where marriages are considered a license to rape, the laws must be reformed as it infringes a woman’s right to live her life with dignity, in a safe environment among others with bodily integrity. The law must be reformed and protect the purity of these minors.

Right to Life of a Foetus

In a judgment of the Jodhpur High Court, a minor girl who was of seventeen years of age was raped and wanted to abort the foetus. In the lower court, it was decided that she cannot abort the child as it has crossed a pregnancy span of twenty weeks and it contradicts the right to life under Article 21 and it cannot be taken away because of the victim alone.

Then, it was challenged before the High Court’s two judges bench. There, it was held that it violates the right of the victim to live freely without depression or trauma of giving birth to a child at a very tender and immature age. The lower court agreed to the High Court’s decision and said that a minor’s pregnancy can be terminated anytime irrespective of the time period of her pregnancy. It is totally dependent on her choice as she has a right to live life freely.

Legal Changes made for the Rape Victims

In a study, it has been shown that only one in a total of sixty-nine rape cases are reported in India. However, the efforts and concern made by the law, the courts and women organizations have led to, from time to time, justice to rape victims. There are some changes which are made in the Code of Criminal Procedure, The Indian Evidence Act and The Indian Penal Code. In the Mathura Rape case, it was established that when a victim admits before the court that she has not given her consent, the court shall presume that she has not given such consent.

Due to inequalities faced by women at workplaces, the victim is forced to have sexual activity, in such cases when at a police station, the victim reports the happening of such events, it could be possible that she has no or very less injury but still, it would be considered as evidence because it happened without her consent. Earlier, it was a provision that a doctor can only examine the victim after the order by police when she files a complaint of the happening. When a victim is raped. she usually goes to the doctor or the hospital first but the doctors then denied for her treatment as she has to first file a complaint in the police station.

In such cases, there were higher chances that the accused would be set free due to the lack of proper evidence because of delay in the victim’s medical examination. The Supreme Court in State of Karnataka vs. Manjanna held that the victim will, of course, go to the hospital or the doctor first before taking any legal steps and this is the duty of the doctors or the hospital to examine her without any delay. It was held that a doctor can examine a victim in three cases:

Section 155 of The Indian Evidence Act allowed for the two-finger test, which, now has been scrapped and a new provision in section 146 is added. It says that the defence lawyer cannot ask the victim about her general moral character and about her sexual life during the court proceedings. Though the doctor may need victim’s earlier sexual records as it may show some information helpful for the case, for this, the doctors must have to explain to the victim section 146 and details about how will it help her case and must assure her that it will not be provided to the defence lawyer.

The courts and laws have made numerous changes for the protection of women’s right to life. It happens many times that the accused who happens to be influential enough gets away with two or three years of punishment, even if they traumatized the victim. With the changes made in law, the courts have decided that no accused gets bail because of his power or influence. Law can only provide justice to victims but the victims are the ones who have to face the trauma and fear throughout their life. Marital rape still exists in India.

In some parts of our country, child marriage is still prevalent because of which, crimes like rape of a minor occur. The right to life is the most basic and important right in our Constitution. Every person deserves to live his/her life freely, with dignity, should be able to enjoy it without any unwanted interference and most importantly with utmost safety. Every female whether a child or adult has the right on her own body and no man should ever think of disrespecting her body or torturing her in such a way. It is truly said that rape is an offence much serious than murder. Sometimes, only arresting the accused or compensating the victim is not enough. The level of trauma and pain through which a rape victim goes can never be imagined. The government must necessarily take steps to ensure that every rape victim must get her fundamental right to life and liberty. 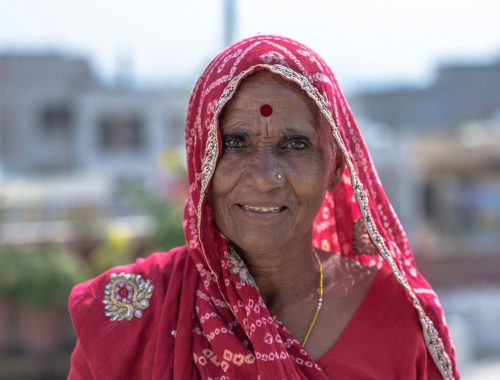 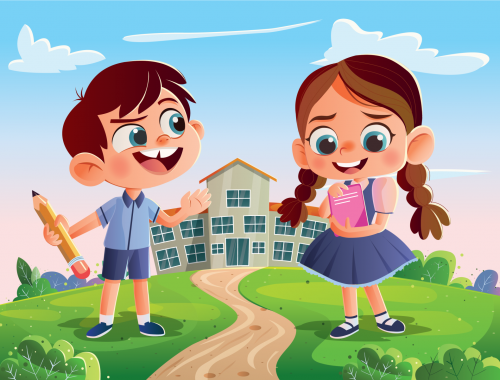